Unity crucial for the development of Region 10 – Minister Bulkan

The need for unity among leaders of Upper Demerara-Berbice (Region Ten) was encouraged last weekend by Minister of Communities Ronald Bulkan during a Joint Local Democratic Organs Consultation, held in Kwakwani. 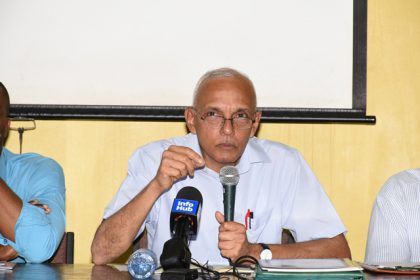 The Communities Minister said, for there to be development that benefits all, the Regional Democratic Council (RDC), the Mayor and Town Council, the Neighbourhood Democratic Council (NDC) and Central Government need to work together. He reminded that none of the democratic organs is more important than the other.

“If there is conflict or confrontation, then what we are doing is handicapping ourselves. We would have lost sight of why we are here, and we would have been distracted from our real purpose, which is to improve the quality of life for citizens”, Minister Bulkan stated.

Further, he warned that corruption and self-interest are unhelpful to the process of the leaders embracing those things that will benefit all.

Out-going Mayor of Linden Carwyn Holland, noting that Region Ten cannot afford to move forward in disunity, said there are several issues affecting the delivery of service, and tarnishing the government’s image.

“You have many administrators tied to partisan agendas, and capping willingness and ability to fulfill their mandates as technocrats, service providers, etc. When political alliances both hidden and public, takes precedents to propelling development, the people suffer”, the outgoing Mayor pointed out.

He said during his two terms as Mayor of Linden, the region made a number of achievements despite the shortcoming in many areas. “Looking at the region I can say we have progressed …But, as I said, we have been too long on the downside of development that we still act as if we are on that downside. It is time for us to lift our heads up and it is time for us to act as if we are seeing development.”

Regional Chairman Renis Morian noted the strides made over past two years in the Upper Demerara-Berbice have not been sufficiently publicised and called on Minister Bulkan to assist in this regard. “Given all the work that has been done and our plan for development nationally, I think the Ministry of Communities needs to have a robust Public Relations programme bringing to people the work of this Ministry”, he suggested. 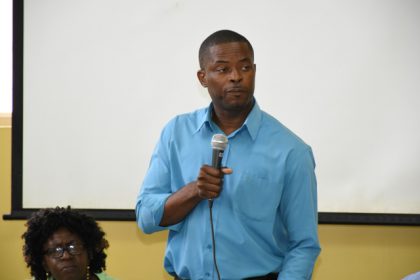 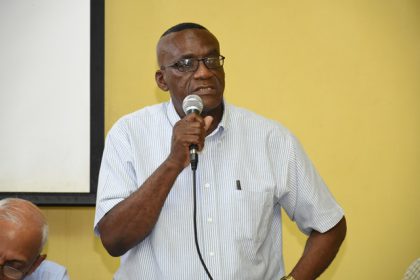