(March 5, 2018) – The University of Guyana, a founding member of the USA-Caribbean International Education Consortium (UCIEC) on Wednesday, April 4, 2018 began hosting the UCIEC’s second face-to-face meetings in Georgetown for two days.

Chairman of the UCIEC, Dr. Rudolph Crew, President of the Medgar Evers College, New York, along with the consortium members paid a courtesy call yesterday on Hon. Nicolette Henry, Minister of Education in her Secretariat, 26 Brickdam.

The first meeting was hosted in Trinidad while the second meeting is being hosted in Guyana and will feature representatives from Guyana, Trinidad and Tobago and Grenada.

The consortium according to Dr. Reynolds offers an opportunity to build on what was started about two years ago that assists in building linkage in Guyana and the USA and the Caribbean.

“We have a division of love and labour at the USA- Caribbean International Education Consortium and the University of Guyana is set to host the first intervarsity sports fellowship in 2019.

Speaking of the benefits that abound to Guyana and all other stakeholders including UG, Dr. Reynolds said the team is in Guyana to among other matters of interests, talk about the nuts and bolts for the successful staging.

Chairman of the UCIEC, Dr. Rudolph Crew, President of the Medgar Evers College, New York said the Consortium engagement is the base of another layer of the foundation for the education of children in Guyana and the diaspora.

Explaining the rationale behind his brainchild, Dr. Crew said it was after observing the realities of children attending his college in the USA as well as other locations he questioned himself as to what higher education will provide to motivate these future leaders to take their position in the new world order of economic development, technology etc. that creates more opportunity for higher education reform holistically.

The economist spoke about how persons can get the benefits of the assets of the college from places that students originate, to build architecture to benefit students, society and their country as a whole. “We wanted to tap into sports and cultural exchanges”, Dr. Crew informed.

The idea in the context of globalization removing the impediment of language barriers through education was also a focus that drove the formation of the Consortium.

I considered, “How to create different opportunities for students to participate in the global market where children can have opportunities in the general economic market through festivals such as carnivals to tap into students’ artistic talents as entrepreneurs.” Further, he noted that many countries and education departments were invited to be part of the Consortium knowing that some would buy in immediately while other over time would grasp the concept that will remove silos of reading about ventures to create a platform where they see the value of participating in them through a collective tactical approach.

Minister Henry, in commending the ideas of the consortium, noted that the team’s work dovetails into what Guyana’s programmes are such as the re-integrating of teen mothers back into the school system.

The minister advised too that the local National Policy could be completed by year-end that would see girls continuing formal education. “I am happy to support efforts through the Ministry of education… and on the subject of Entrepreneurship through Carnivals I would be more than happy to collaborate as opposed to competing hence any opportunity will be explored,” Minister Henry said.

Even as she stressed the importance of teaching and materials as important tools to provide the platform and tools with a view on globalisation. Minister Henry also endorsed the think globally idea for education while focusing on domestic development while she noted that her Ministry of Education is a ready collaborative partner void of silos. However, Minister Henry noted that “I don’t want to duplicate programmes and plans but to find I am all for finding and forming linkages to ensure that there is buy in to gain momentum. Further Minister Henry said there remain many areas to explore and tap into.

Professor Dr. Griffith noted that already, the University of Guyana has established some pre-existing relationships in the region in areas such as oil and gas in Trinidad in addition to the Medgar Evers College as an umbrella comprising Guyanese and other nations including the Caribbean which lends to existing relations for expansions in the consortium.

Dr. Eugene Pursoo, who is the Secretary-General of the consortium, during the courtesy call engagement says his job is to listen, understand and take action to influence policy etc. for implementation. He also expressed the belief that “other education ministers in time will follow suit…The next step is to begin the work formally.”

On the subject of the first intervarsity sports that is to be hosted by the University of Guyana, Dr Reynolds iterated that UG is also set to host an intervarsity exchange in language specifically French even as there is high optimism following interaction with the Chilean ambassador who has expressed interest in sending some officials to have a language exchange at the University level.

On the Medgar Evers College end, there was also some discussion about using technology to create a platform for language exchange.
The hope of the consortium is to stitch things such as a common curriculum and upshots that are applicable to create greater strengths.

Minister Henry on that subject spoke of her recent interface with French Ambassador Antoine Joli with a view to re-engaging students and teachers through exchange programmes and country twinning.

University of Guyana’s Professor Dr. Griffith, as well as Deputy Vice Chancellor Dr. Reynolds as part of the conclusion of the meeting with Minister Henry spoke of the importance of multi-lingual status to Guyana and the global village to ensure that every student graduates with full speaking skills of a second language.

Further, Dr. Reynolds informed of several engagements to gain support for at least five languages being available at the university level in Guyana to broaden the linguistic base at foundation, functional fluency and academic levels. 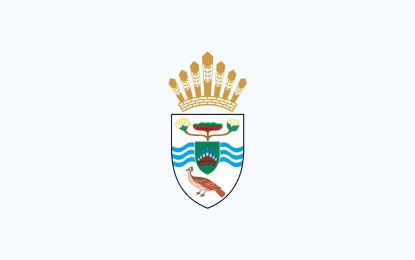 Georgetown, Guyana (July 14, 2020) The Ministry of the Presidency rejects outrightly the wicked and highly outrageous statement issued to the media by Mr. Anil Nandlall captioned, “The sanctimonious gangster on the prowl… and the clinical insanity continues…” and which accuses President... END_OF_DOCUMENT_TOKEN_TO_BE_REPLACED

CEO maintains he has abided by the law

Reconstruction of burnt building not in immediate...

284 prisoners displaced due to fire at Lusignan

WHO concerned as pandemic worsens

Public urged to be vigilant against vandalism of...