“We come from six different races, and we are committed to working as one” – Min. Hughes

“This is one Guyana; we’ve got everybody. And, as a country, APNU+AFC looks out for everybody. We aren’t looking out for one particular race, or we only promoting one particular group, NO WAY! You see this group in this room? You see how we are all mixed up? That is our strength!”

This was the message given to the people of Queenstown, by the Minister of Public Telecommunications, Hon. Catherine Hughes. 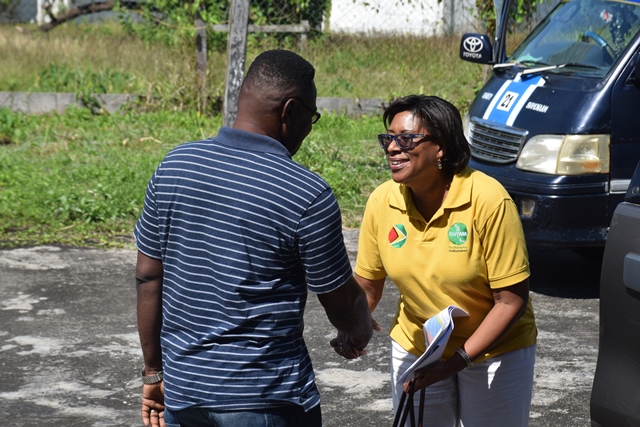 Minister of Public Telecommunications, Hon. Catherine Hughes being welcomed by one of the villagers of Queenstown. 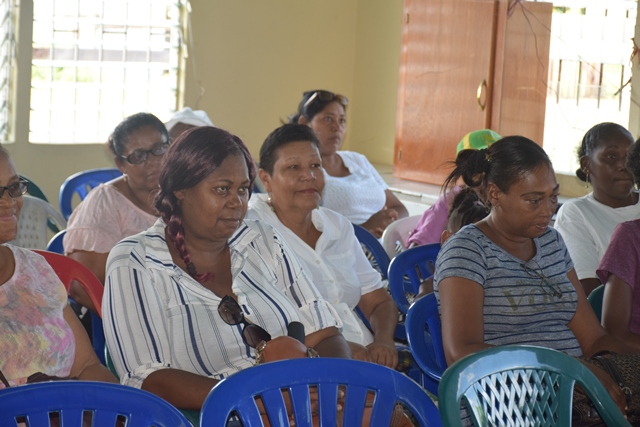 A section of the crowd gathered to meet with Minister of Public Telecommunications, Hon. Catherine Hughes.

Her message was a timely one, and one that resonated with the people of Queenstown.

“We all come from six different races they say, a lot of us didn’t choose to come here, but we landed here, and we are committed to working as one,” the minister remarked.

The meeting was a part of a major outreach initiative being conducted by the government to engage with citizens. Minister Hughes informed the gathering that while the government has achieved a lot, in less than five years, there is, even more, to be done for the people of Guyana. However, she noted, the challenges are vast, especially at the local government level.

The residents decried the fact that their Neighbourhood Democratic Council (NDC) is not functional, which the minister related has been a recurring theme throughout many of her outreaches to other villages.

Many of the issues raised during this, and other outreaches, centred around clogged drains within the community, minor roads, lack of streetlights, among others. All of these issues fall within the realm of the Neighbourhood Democratic Council (NDC) and the Regional Democratic Council (RDC), however, there is often a challenge to get the councils to act.

Minister Hughes reminded that it was under this administration that the concept of local democracy and Local Government Elections (LGE) were restored and, in this regard, she charged the residents to hold the local officials accountable, as they were elected to serve their constituencies.