“We will deliver on the good life” – Minister Harmon

Addressing residents at a meeting at Port Kaituma Community Centre in Region One, earlier today, Minister of State, Joseph Harmon promised that “the Government will deliver on the good life in the Matarkai sub-region.”

Minister Harmon assured that the administration, “will help to deliver the high quality of services that all citizens require, regardless of where they live.” 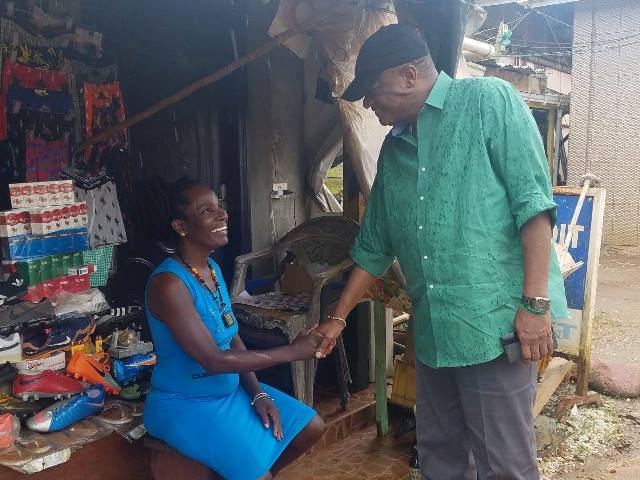 Minister Joseph Harmon greets a resident during a walkabout of the Port Kaituma community. 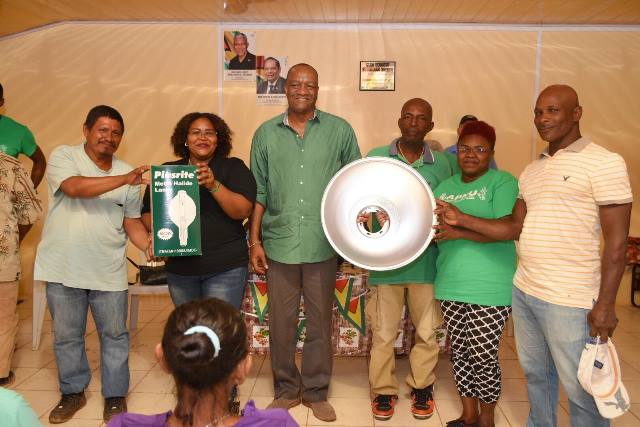 Minister Harmon donated a quantity of lights to Port Kaituma Councillors as part of the Community Ground Enhancement Project. 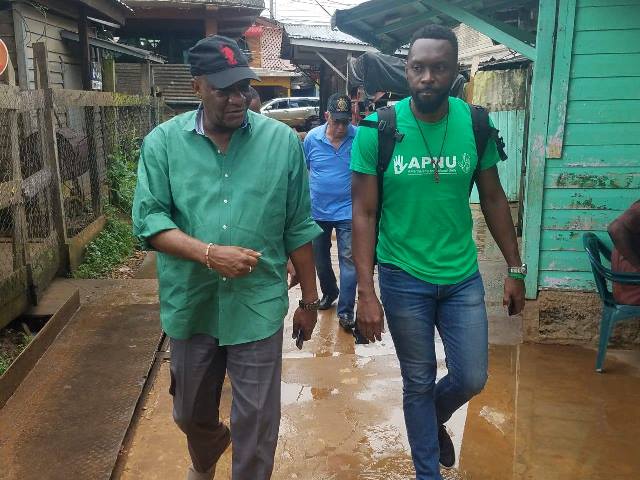 Minister Joseph Harmon and Director of Sport, Christopher Jones during the walkabout. 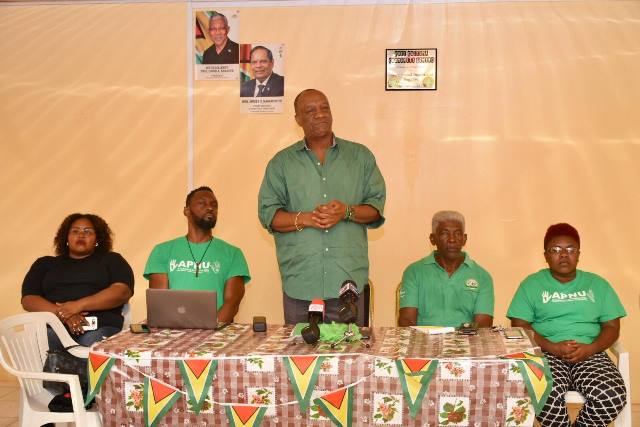 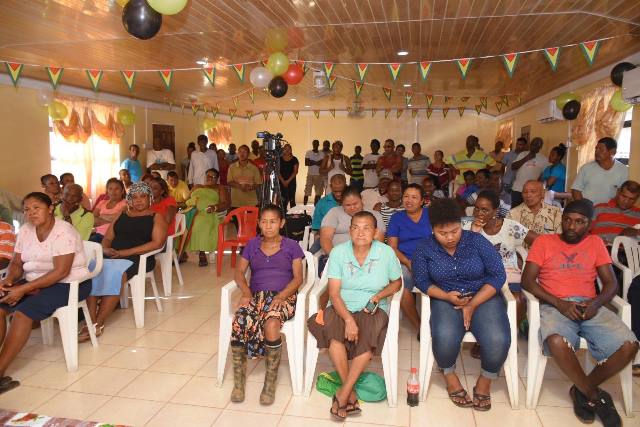 Residents at the community meeting.

Stumping for the residents’ support at the upcoming Local Government Elections (LGE), the minister underscored that the election “is about empowering yourselves and future generations, enabling you to decide and run your community’s affairs as you see fit!”

Minister Harmon noted the issues raised by concerned residents about mining concessions being controlled by just a few persons, the misuse of NDC vehicles and resources and the failure of the Opposition-supported Regional Chairman to upkeep the government’s guest house.  He explained that these issues will be put to rest once residents vote to support those candidates who will do the job and serve the people, come November 12.

Pledging to upgrade the community’s sports facilities Minister Harmon underscored that resources allocated to the community must be managed properly and for the benefit of all. “Councillors must always be servants of the people…We are looking for those who will understand that service to the people is a hallmark of the job.”

He promised that given the allegations of misuse of resources, an audit will be the first order of business to ascertain what was owned by who and who had possession.

All were encouraged to vote at the LGE and support those who they felt would do the job and move the community forward, for the benefit of all. Minister Hamon emphasised, “Let us have one standard for all. Everyone must be treated equally.”

The first of 14 floodlights were handed over to residents at Port Kaituma as part of the Community Ground Rehabilitation Project.