Mr. Lawrence Barker, a husband and father of five, is one of thousands benefitting from Government’s decision to slowly reopen Guyana’s economy.

For eight long months, Mr. Barker a Red Cap Baggage Attendant at the Cheddi Jagan International Airport felt the strain of not having a job while having to provide for his family.

“It was very rough because many days, ends weren’t meeting, but we cope with it and by the grace of God; I am a man of God. The church helped us along the way and we survived. I am happy to be back on the job now, very happy to be back and trying to be safe,” Mr. Barker told DPI.

A member of the Red Cap Baggage Service at the CJIA conducting his duties. 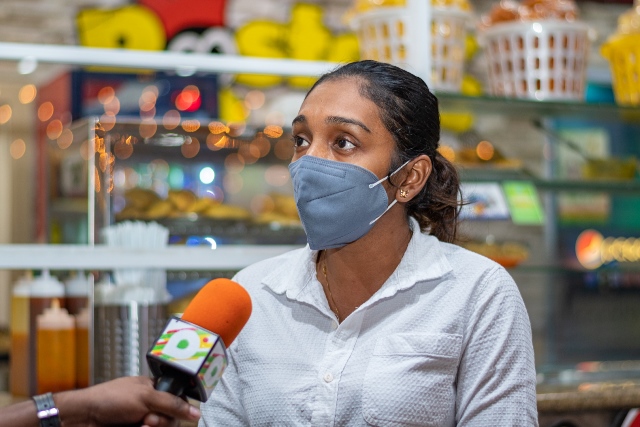 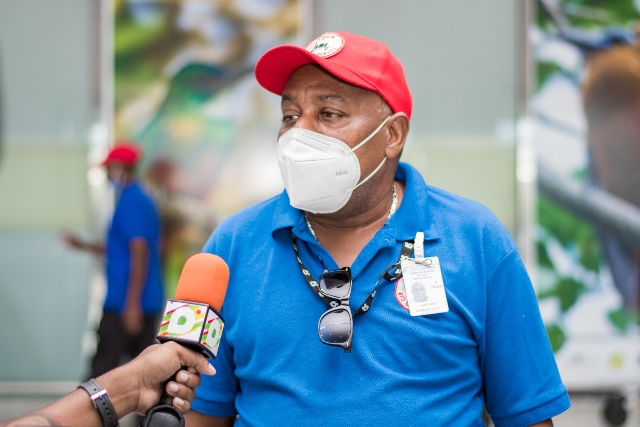 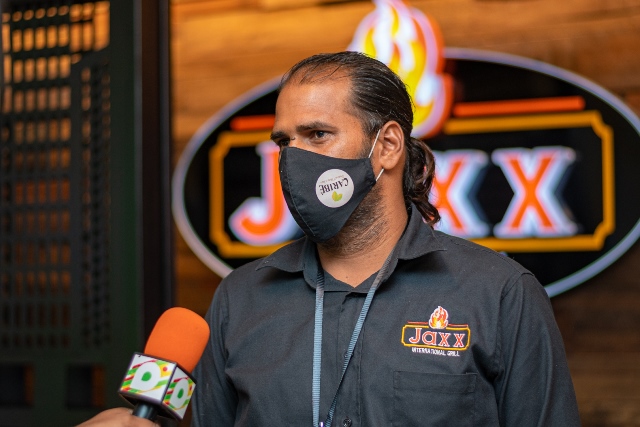 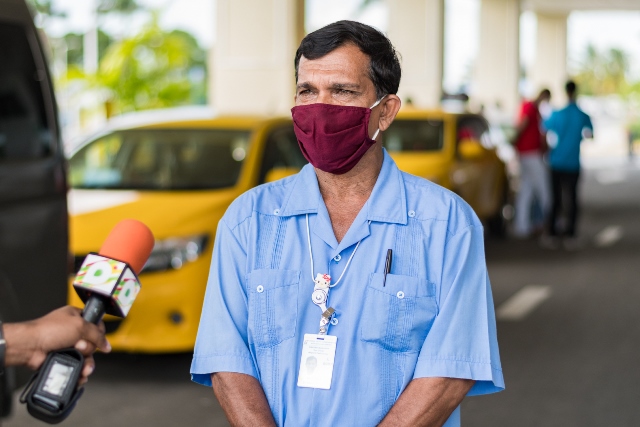 On October 12, the Government took the decision to reopen the airports to scheduled commercial flights. Mr. Barker welcomed this announcement, but while it has not been business as usual at the airport, he said he is happy to be able to earn again.

“I need to get back on duty so I could earn because I have bills to pay. My family have to live, we got to get food on the table,” Mr. Barker stated.

The tough times have skipped no one. Mr. Donald Gomes, another baggage attendant, shared how difficult it was being unemployed. Mr. Gomes said the reopening of the economy now allows him to once again provide for his family.

“You know having bills to pay and having a family to maintain and businesses closing because of COVID it was very tough for a lot of us to find that means of finance … I am happy that the airport has reopened and being able to earn and provide for my family is so wonderful,” he said.

Taxi Driver at the CJIA, Mr. Wazeed Manjoor was also without a job for several months. He said the time at home without an income was difficult.

“It was tough being home working for no money, it was hard … We did not have any earning but we had to pay the bills and had to mind the family. The impact from not earning a daily bread was hard,” Mr. Manjoor said while adding he was happy to be earning again.

Local businesses such as restaurants and malls were also forced to close due to the pandemic, placing many persons on the breadline. However, two months ago they were given the greenlight to reopen, in keeping with gazetted COVID-19 measures during those periods.

Mr. Navindra Ramsook, a Shift Manager at Jaxx International Guyana, said he was thrilled to be working again.  “I am glad that we reopen back. Business is not as before due to the pandemic, we are getting there, not the speed that I would want to, but I am just glad that we are on the road going there,” he said.

“What we found is that with the curfew extension business has gotten way better. The later extension on the curfew, it has gotten really better and we support it because it is up to us to take precaution, as an individual, when we are going out,” Ms. Baksh said.

President Dr. Mohamed Irfaan Ali has said even as the Government prioritises the safety of its people, it is necessary that Guyana does not enter an economic recession at the end of the pandemic. As such, a considered decision was taken for a phased reopening of the economy, particularly businesses, in August.