The Guyana Elections Commission (GECOM) today disclosed that of 207 names submitted for verification of persons having voted but being out of the jurisdiction, 172 were found to be out of the country on election day.

GECOM, Public Relations Officer (PRO) Yolanda Ward told members of the media that the list of names was sent to the Commissioner of Police Leslie James by Chairperson of GECOM Justice (retd) Claudette Singh after she received the list from the APNU+AFC. 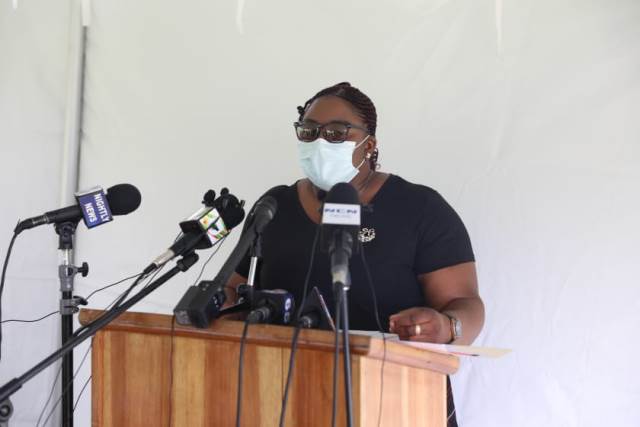 The APNU/AFC is alleging electoral fraud has occurred.

“The commissioner would have indicated that 172 out of that 207 did not arrive or return to Guyana on or before March 2, 2020,” Ward said.

The PRO noted that when the full Commission meets, they will have to decide the way forward concerning the information received.

However, the decision by the Chairperson has not been welcomed by the Opposition PPP who is now threatening to file a court action.

GECOM Commissioner Vincent Alexander recently noted that it was the PPP who advocated for transparency before the recount process began and are now finding ways to say investigations into matters raised should not occur.

He is of the view that investigations into alleged electoral fraud should not put fear into those who have claimed they have won the March 2, General and Regional Elections.

Alexander said the word transparency – which has been the mantra for the Opposition- must be interpreted to mean “know all that is happening.”

“Let us broadcast the tabulations and all of that. What is occurring, what APNU+AFC has done can enhance that process of transparency. Let us see and know everything.”