Government is keen on promoting the enforcement of building codes. The newly appointed board of the Central Housing and Planning Authority (CH&PA) is expected to fulfill this mandate, Minister of Communities Ronald Bulkan told the Government Information Agency (GINA) in a recent interview. 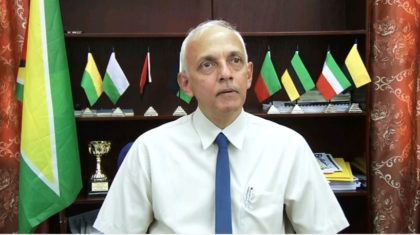 “At the installation of the new CH&PA board, I spoke to this aspect, that one area of responsibility of the CH&PA which has to do with planning and enforcement of building codes which has been one of the areas that there has been almost universal violation across our country. I spoke of the necessity of the CH&PA to work in partnership with local councils and other stakeholder agencies to be able to bring back enforcement of building codes and building regulations,” the minister explained.

There is sufficient existing legislation in relation to codes, but what has been lacking or missing is the enforcement, the minister said. He added that, “The dis-functionality that exists in relation to local enforcement is a task that we have been grappling with and one that would remain with us for a while.”

Minister Bulkan noted that while there has been individual successes, it has not been on a large enough scale that the agency can actually boast of significant success, “but I think that there is already at an attitudinal level, understanding of persons that they are not allowed to build willy nilly, that construction can only be on the basis of approved plans by local councils.”

He added, “So we have to some extent been able to arrest this problem on unregulated construction, but there are a lot of violations out there that citizens are crying out for redress, and it is this firefighting exercise that is being grappled with. Persons are being urged to follow the building code regulations.”

Government is doing its part to ensure that the houses and structures in its new housing schemes are constructed to stipulated building codes’ standards. The National Building Codes are geared to maintain, enhance and improve the safety, and health of persons occupying the buildings, including adequate provisions for persons with disabilities.

The CH&PA’s Board through its secretary, performs the duty of enforcement of planning and building control, and in this regard, violations are dealt with through a process initiated either through the direct issuing of an infringement notice to the errant developer, or through the conduct of corrective dialogue with the developer.

If there is non-compliance with the requirement of notice, legal proceedings are initiated by the central authority through its authorised Attorney at Law or through the office of the Attorney  General.