After ten weeks of technical training in the Essequibo Islands on adolescent health and well-being, education and environmental programmes, 33 new Peace Corps Volunteers were today sworn in by the US Ambassador to Guyana, Perry Holloway at his residence.

At the 31st swearing-in ceremony, Minister of Public Affairs, Dawn Hastings-Williams commended the new volunteers on the successful completion of their training.

“The government of Guyana recognises the value of volunteerism…The volunteers of the peace corps are shining examples for our nation and especially our youths. During your service you will be working with teachers and students to teach science effectively, stimulate the love of nature and empower our youth to be leaders in environmental protection and enhancement,” Minister Hastings-Williams said. 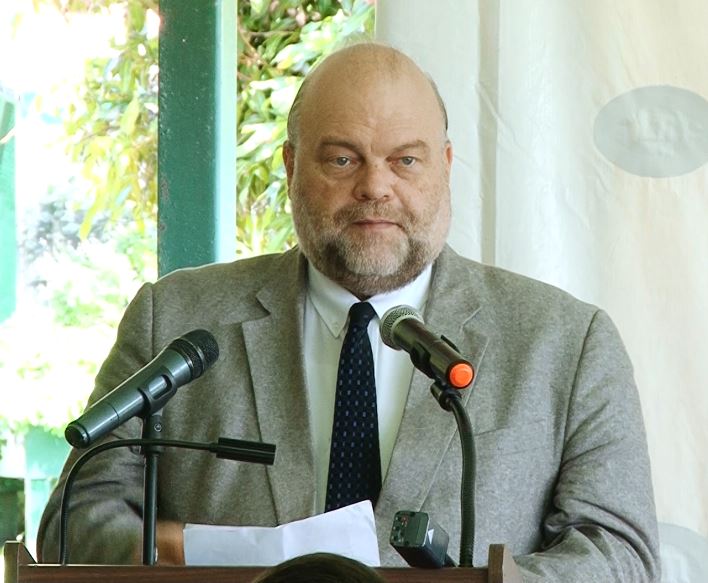 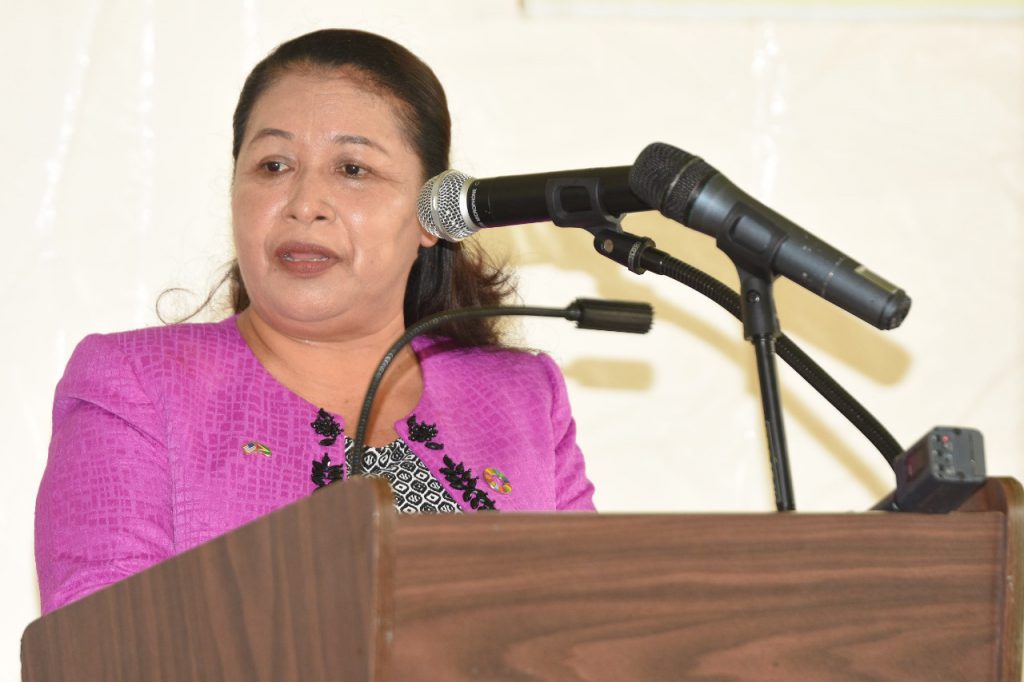 She noted that the services of the volunteers are extremely critical as the government strives to realise the vision of the president in establishing a green economy.

Also attending the occasion, Minister of Health, Volda Lawerence expressed satisfaction in seeing a new batch of peace corps volunteers being sworn in. She promised the government’s continued support.

“I am convinced that over an extended period of time, your intervention with the schools coupled with your interaction with parents and healthcare workers will certainly impact significantly the choices our youths make,” Minister Lawrence said.

Peace Corps (ag) Country Director, Wendy Hershberger charged the volunteers to remember their oath to provide quality service to the Guyanese public, as they encountered new situations along the way.

Ambassador Perry Holloway administered the oath and the pledge to the volunteers. He explained that the 33 volunteers will serve in all regions with the exception of four and eight. The volunteers will be rotated to other regions as they complete their stint in Guyana.

The new batch of volunteers will provide charitable services for the next 24 months. They will live with residents in the regions that they will serve. Also, attending the ceremony was First Lady Mrs. Sandra Granger, Chief Education Officer (CEO) of Education, Marcel Hutson and other members of the diplomatic corps.