40 Lindeners placed before the court for curfew violation

Forty Lindeners were arrested and charged for breaking the 6pm to 6am curfew as ranks of Region Ten’s Police Division continue to be proactive in enforcing the mandatory regulation.

Many of these curfew breakers were caught as a result of roadblocks, community patrols and responding to calls of persons breaking social distancing regulations for entertainment purposes. 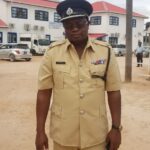 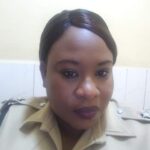 Speaking to DPI, Prosecutor Vernette Pindar, explained that the arrest campaign, commenced on May 8 and since then 40 persons have been arrested and placed before the Linden Magistrate Court through virtual hearings. They were fined.

Pindar underscored that failure to pay the fines will result in persons being remanded to prison for up to three months. Those who refused to show up for court were charged in absentia.

The prosecutor also disclosed that reports have been made of persons hosting house parties and other social gatherings indoors after curfew hours. She warned the police will continue to respond to reports of these breaches and that the roadblocks and community patrols will be ongoing.

Roadblocks are usually established at the Bamia Police Outpost, in Amelia’s Ward, the Wismar-Mackenzie Bridge and key sections in Wismar.

Pindar reiterated the call for residents to adhere to the advisories implemented by the Public Health Ministry.

“If you do not need to be on the road, stay at home. Stay sanitised because when we have to answer these reports, we are putting ourselves at risk. “

Commander of Region Ten, Hugh Winter, echoed Pindar’s call for compliance with the curfew and other regulations, reminding that region has the second-largest amount of COVID-19 cases. Linden has recorded nine cases thus far with one death and one recovery.