$48M well for Diamond by December

The Guyana Water Incorporated (GWI) says the new $48 million well currently being drilled at Diamond, East Bank Demerara will be completed by December.

The well is the third to be established in the compound of the Diamond Water Treatment Plant.  It is being drilled by Brazilian company Foxx Trading.

Chief Executive Officer of GWI, Mr. Shaik Baksh said the project forms part of the Government’s five-year vision to improve the quality of water provided to the public.

The CEO said he is satisfied with the work completed to date, following his visit to the worksite today.

“We are drilling an additional well. The other two wells are high producing wells and we are hopeful that this one has the same outcome and it should be completed in another month’s time. Right now, we have 60 per cent coverage of treated water and we want to improve that over the next five years, so across the coastal belt we can have the population enjoying treated water,” Mr. Baksh told DPI. 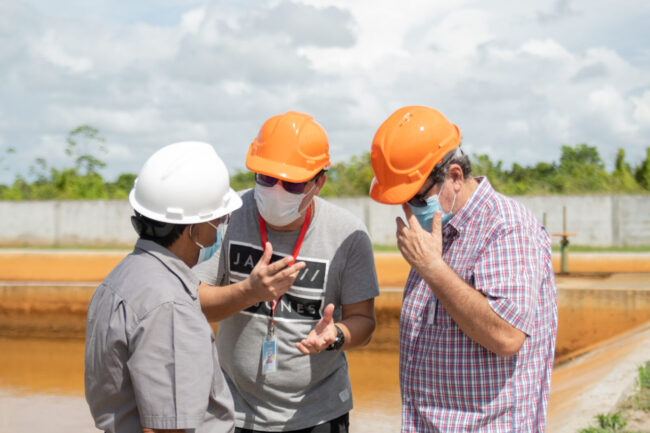 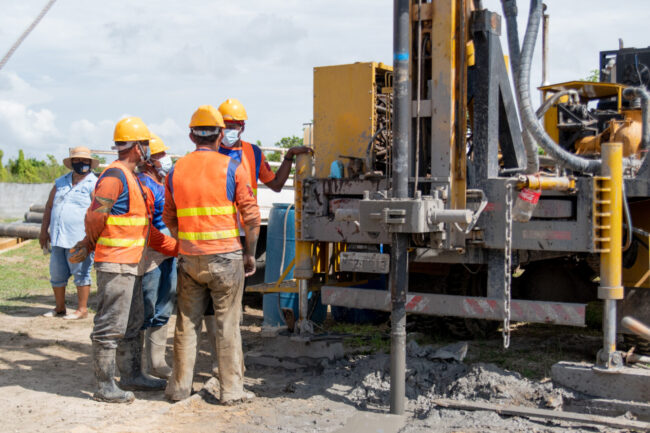 Executive Director of Operations, Mr. Dwayne Shako explained that the well will be dug to a depth of 750 feet.

“It will be a good well. We are looking at a production of minimum of 200 cubic metres [of water] per hour which will allow us to push the plant to it capacity,” he disclosed.

“We want to ensure that we move the treated water in areas like Farm, Prospect and those newly developed housing schemes. It is a massive housing drive; we have seen the occupancy is now rising and we must be able to meet these demands,” the Director explained.

Other wells will be dug at Farm and Providence, East Bank Demerara, to provide 24-hour service and meet the housing demand in those areas.

The water company is also seeking to expand the Covent Garden Water Plant.

GWI is also conducting some loss reduction exercises in Diamond and Grove. Once completed, this will help the company retrieve the 34 per cent of water currently being lost.