The Central Housing and Planning Authority (CH&PA) has announced that some persons receiving house lots between October 1, 2019, and February 29, 2020,  will be eligible for a 50 percent discount on the cost of their land.

The promotion applies specifically to those persons whose lands cost $2.5Million or less. 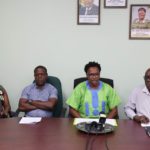 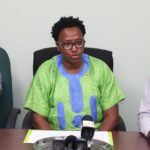 Minister within the Ministry of Communities, Annette Ferguson.

Minister with responsibility for Housing, Hon. Annette Ferguson on Friday said the move was in keeping with the Authority’s efforts to make housing affordable for Guyanese.

“This initiative is another attempt at opening the door for applicants to eventually build their dream house in a short space of time. This means that we will absolve the burden, thus allowing you to finally realise your life’s dream,” Minister Ferguson said.

She urged persons who fall within this allocation period to take full advantage of the promotion which will run from March 1 to May 26.

The ‘50 percent off Republic Promotion’ will benefit those individuals who received lands for residential purposes in housing schemes that were either established or regularised by CH&PA.

Approximately 1,000 prospective homeowners will benefit from this initiative.

The CH&PA has made allocations in Region 4 housing schemes at Prospect, Mon Repos, La Bonne Intention, Annandale, Lusignan, Strathspey, and Bladen Hall during the October to February period.

There were also allocations at Onderneeming in Region 2, Experiment in Region 5, and Fort Ordinance, Hampshire, No. 75, and No. 79 in Region 6.

Chief Executive Officer of the CH&PA Lelon Saul noted that a similar promotion was initiated during the independence jubilee in 2016, resulting in increased occupancy in housing areas.

Saul said the promotion amounted to an additional $90Million in subsidies from the CH&PA which is already selling some lands for as low as $92,000.

With expectations of mass construction, he said it was a win-win for citizens and the economy at large.

“The housing sector is a driving force to economic growth, so once you have construction, this will lend to other sectors in the economy benefitting as well. With a boom in construction, there will be a boom in other areas,” Saul stated.