His Excellency, President David Granger is the official patron for this year’s 59th National Schools’ Cycling, Swimming and Track and Field Championships, set to kick off from November 17-22,2019.

This was disclosed by Chief Education Officer (CEO), Marcel Hutson, on Wednesday, during the launching ceremony for the one-week event held at the Guyana Teachers’ Union (GTU) Hall. 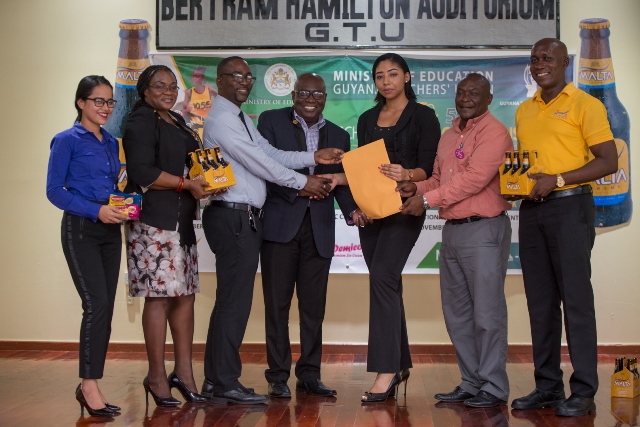 Organised by the Ministry of Education and the GTU, the event will be held at Leonora National Track and Field, National Aquatic Centre and the National Park to accommodate the various activities. Some 1,600 students and teachers are scheduled to participate.

The Chief Education Officer noted that the ministry will continue to support and invest in events such as these, which allow officials to identify talented student-athletes. He also expressed appreciation to the stakeholders for their contribution and appealed for their continued support.

GTU’s President, Mark Lyte said that this year, the department will be providing a digital option as a way to improve their registration process for participants.

“We have improved our registration process to a digital nature, to minimizes the number of errors that may have occurred in the past…we are in a position where our championship is moving to a next level,” he said.

GTU’s General Secretary, Coretta McDonald said that the events will start promptly at 9:30hours. She emphasised that time management is a major difference that the department hopes to achieve this year.

McDonald noted that the Athletics Association, among others, will also be present to ensure that the correct times are recorded.

The event is a collaboration between the Ministry, GTU, Hits and Jams Entertainment, Banks DIH Limited, National Communication Network (NCN), Demico among others.

District 10, Upper Demerara/Kwakwani has won the competition 17 times and will seek to hold off their rivals, particularly District 11 (North Georgetown). However, District 11, the second most successful zone in the Championships, will be looking to regain the title they lost in 2014.