Residents of Katoonarib in Deep South Rupununi, Region Nine will no longer have to travel long distances to purchase goods, as the community commissioned its own village shop, as part of the Community Development Project (CDP).

The village shop is a CDP which started in 2016 after the community received the first tranche of funding under the Amerindian Development Fund (ADF) for the implementation of Phase II of the CDP. 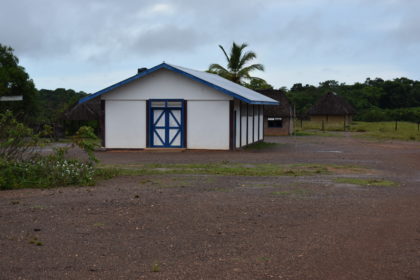 Vice President and Minister of Indigenous Peoples’ Affairs, Sydney Allicock, who officially commissioned the project, challenged residents to utilise the facility to market their local produce, and capitalise on these initiatives  to ensure economic and other developments, are realised.

“It is indeed a great moment, a moment where history is being created here in this community and it means that under good leadership good things happen, and that is what I have seen when we came in with the youths, with the energy you we see with you the people here. I know we have a bright future ahead for this community,” the Minister told the residents.

Minister Allicock commended the residents for initiating such a project, and said that the Ministry will be willing to support similar income generating projects. The villagers were also commended for their support, since 100 percent of the construction of the facility was executed by them.

“This is how a community should be; we should work together, move forward and make things happen, bringing comfort to your community. A place of supply was a very thoughtful one because you can have a circulation center that will be able to bring stuff that you cannot make and that you can sell stuff that you can make; we don’t only want to see things coming in here, but also going out,” Minister Allicock said.

Katoonarib is known as the largest producer of peanuts in the South Rupununi and Minister Allicock challenged residents to ensure the village shop is the springboard for bigger things to come.

Minister Allicock also reminded the residents that accountability and transparency must be taken seriously, noting that, “While you have the Community Management Team remember this is the village property so the CMT is not above the village council, it is under the village council, but with that management capacity and responsibility. You must be able to report on a timely basis and the Toshao must be allowed to check the books or have somebody within the community doing the checks, and helping you to balance as the business progresses.”

Security is another key component, and according to the Minister, “every villager must be a security officer, meaning you must be able to check, it is yours, you must allow it to grow so you don’t want anybody to come and rob you of it.”

Several villagers said that they are happy that the village has its own shop and will continue to support its operations 100 percent. “This is 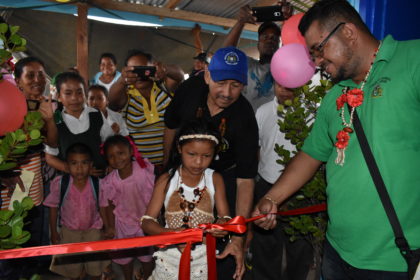 good, it’s more close to me now,” Elfreda Cyril who had to walk seven miles to the closest shop in the village pointed out.

Olive Francis said, “I will support them, here is where I buy everything from.” Another resident, Mark Jacobs noted that “yes, yes I am happy with this shop, and I will support it.”

Toshao of the village, Marcus Alexander said since the business opened its doors, it has not only received support from villagers, but a number of businesses in Lethem.

“The progress made is very rapid, we have been talking to the wholesalers and they have agreed to give us goods at a reasonable price so we can make a profit so how it looks in the next year we will be looking to put an extension to this building because we have been receiving the support from them and from the community,” he said.

Toshao Alexander highlighted that the village has already employed a permanent and two support staff to undertake the day- to- day operations of the business.

Katoonarib is a small Indigenous settlement in the Deep South Rupununi. It has a population of approximately 400, and its main economic activities are cash crop farming and cattle rearing. Traditional fishing and hunting continue. 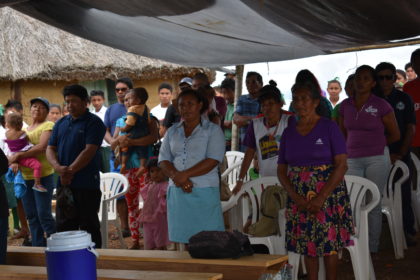 Residents who participated in the commissioning ceremony 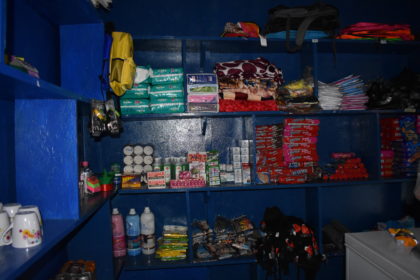 Some of the items for sale in the Village Shop