“The Government, in order to strengthen containment measures, will close public gathering at places of entertainment, including bars, clubs, gymnasiums, night clubs, restaurants and swimming pools, between the hours of 18:00 hours and 06:00 hours (6:00 pm and 6 am) with effect from midnight (23:59 hours) on Friday 3rd April 2020.”

This announcement was made on Thursday by His Excellency President David Granger during his third address to the nation on the COVID-19 pandemic. 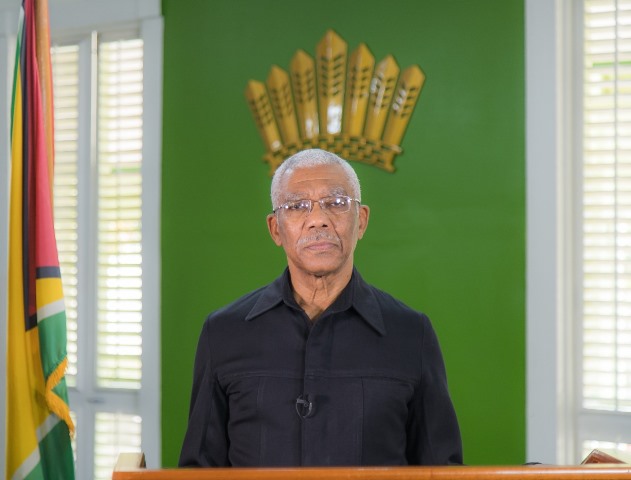 The Head of State disclosed that in light of the increasing number of confirmed cases of the virus, a meeting was held with partners from international and non-governmental organisations to “coordinate the planning of mitigative and preventative actions against the short- and long-term impacts of the virus on all sectors of the country.”

President Granger noted that “additional restrictions to safeguard public health will be announced from time to time as the needs arise.”

Since recording the first case of COVID-19, the Government of Guyana has ramped up its efforts to combat the pandemic.

President Granger highlighted the menu of measures implemented such as the extraordinary issue of the Official Gazette, published on 16 March 2020, which aims at protecting the health and safety of all Guyanese and empowers the Minister of Public Health to take certain actions which are already in force.

Additionally, national quarantine and isolation facilities were established at several locations and collectively will be able to accommodate one thousand persons.

President Granger assured citizens that “the Government of Guyana continues to work assiduously to combat the deadly Coronavirus (COVID-19) disease.”

He also used the opportunity to thank all who have contributed to the fight against the disease through the installation of handwashing station and other valuable donations.