These residents would have applied for lands for residential, agricultural and commercial purposes for over two decades. While some already occupy the lands, others are eagerly awaiting their titles to build or expand. 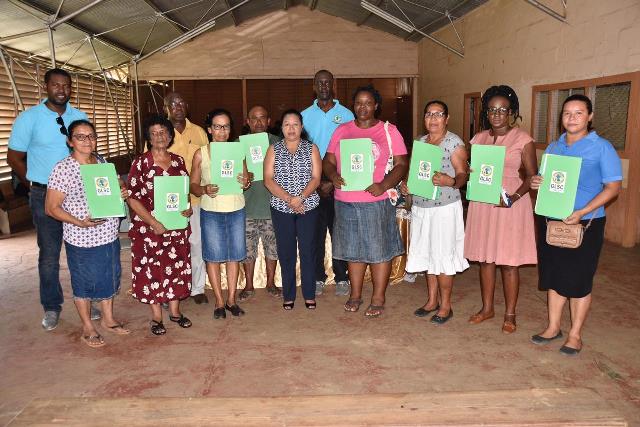 Minister of State, Hon. Dawn Hastings-Williams and Commissioner and Chief Executive Officer (CEO), Guyana Lands and Surveys Commission, Trevor Benn along with residents of Matthew’s Ridge who received their titles. 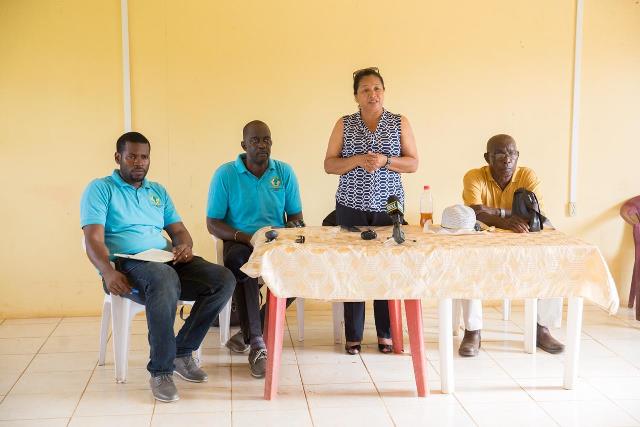 Initially, over 120 leases were to be distributed, but only 79 have been prepared for distribution thus far, Minister Hastings-Williams explained. The team will be revisiting the area in the coming weeks to continue distribution process.

The State Minister explained that the initiative is part of the government’s effort to regularise the area.

“You cannot extend or build on a plot of land that you do not legally own and that was what was hindering them. A lot of people wanted to build, expand or to open up a business but they could not; they would have been operating illegally had they done so. Now, the residents are happy to have received their legal documents.”

Meanwhile, residents in Port Kaituma had the opportunity to voice their concerns and engage GLSC’s officers, during a government outreach hosted there today. One resident said she has been occupying a plot of land since the 1970s without any legal documentation. After several attempts and paying fees for surveys, the woman is yet to receive her lease. Another resident, Michael Phillips said he has paid three times for surveys to be conducted on a plot of pasture land in Four Miles and to date, he is still to receive his title.

Minister Hastings assured that these cases will be investigated after which, the land leases will be prepared for Port Kaituma. She added that the GLSC has established an office in the area to fast track this process.

In May of this year, CEO Trevor Benn and a team from the commission, met with residents of Matthew’s Ridge, Port Kaituma and Mabaruma to start the process of regularising those areas.