With Mashramnani less than three weeks away, Guyana is preparing for its first-ever rumfest! Scheduled to be held at the Everest Cricket Ground from February 15-16, this event is one of many activities being hosted in celebration of the nation’s 50th Republican anniversary.

In an interview with DPI, Yonnick David, organiser of the rumfest, explained that his inspiration for this inaugural event stemmed from his previous efforts in New York City and Miami, Florida.  David, a re-migrant, along with his friends, came together to plan and host Guyana’s first rumfest, turning the organiser’s dream into a reality. 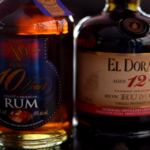 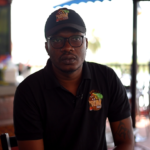 “Guyana is known for the best rum in the world and I think it’s an additional tourist attraction to have our own rum festival to celebrate our rum and our history,” he remarked.

David, who has participated in rum festivals throughout the Caribbean region, described the nation’s history as a “sugar colony.”  “Coming to rumfest will give [people] the opportunity to interact with places like GuySuCo and learn about sugar and its impact on Guyana and our rum development.”

Rumfest will be offering Guyanese nostalgic games like ‘sal out’ and ‘dog and the bone’. Other competitions will be available and prizes will be up for grabs!

The organiser is partnering with Unity Taxi Service, who will be offering its services at the event. Stressing the importance of drinking responsibly David underscored “we advocate for no drinking and driving [and] eighteen and over drinking.”

The Guyana Tourism Authority (GTA), Demerara Distillers Limited (DDL) and Banks DIH Limited (XM Rum) are amongst the numerous companies that will be in attendance.

GTA has been offering its expertise and guidance in following Guyana’s green agenda by utilising recyclable items and enforcing proper garbage disposal.

Expecting a mixture of a local and foreign crowd, rum fest creator David, stated that this opening is an opportunity for Guyana to expand its tourism package by showing patrons what the country has to offer.

Sponsored by the Ministry of Business and the Department of Tourism, the event will be a national annual one which will also feature ‘pop-up’ events on a smaller scale regionally and internationally.