Travel along the East Coast of Demerara has undergone a complete transformation when compared to the traffic jams and dangerous potholes that existed a few years ago.

This comes as the Coalition Government delivers on its pledge to develop the country’s infrastructure with the commissioning of the $9Billion ECD road enhancement project.

“We are capable of delivering not only necessary things that are needed for Guyana, but projects that have quality, products that are modern and projects that can be uplifting to Guyanese people who must be proud of their creativity,” said Prime Minister Hon. Moses Nagamootoo during Thursday’s commissioning. 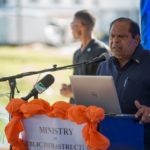 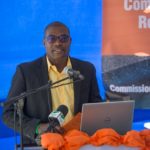 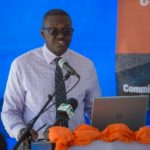 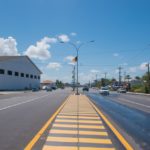 Section of ECD road at Montrose.

The Prime Minister further championed the project as one that is worth the investment, since the Government remains focused on investing monies in development that Guyanese need most.

Meanwhile, Minister of Public Infrastructure Hon. David Patterson under whose purview the project was executed, said its completion is part of the vision of the Granger-led administration to deliver more robust infrastructure for the country.

In this regard, Minister Patterson advised on the proper use of the thoroughfare. “I do hope that road users will be cautious […] And I hope that the safety features built into this road will help contribute to the reduction of road fatalities and so my first request is to use the road safely and what it is intended to be used for,” he encouraged.

Minister within the Ministry of Public Infrastructure Hon. Jaipaul Sharma noted that the major roadworks have led to massive savings of approximately $1Billion ($6,500,000USD) which will be directed to the expansion of the project further up the East Coast of Demerara.

“We are going to put that money towards extending this quality road from Belfield to Mahaica, Unity Junction,” Minister Sharma stated.

The Government of Guyana signed a framework agreement with the China Exim Bank for the execution of works for this project on November 23, 2016, and the full loan agreement was signed January 9, 2017.

“There are still a few outstanding works required to complete the project, these works include the continuation of road markings, installing traffic signals, signs and placing the streetlights. These works are expected to be completed in the shortest possible time,” Chief Works Officer Geoffrey Vaughn, told DPI.

Minister of Finance Hon. Winston Jordan was commended for being instrumental during critical stages of the project. Ambassador Cui Jianchum of the People’s Republic of China also took part in the ECD road’s commissioning.