‘A’ Division commended for 2016 sterling performance

The Guyana Police Force (GPF) ushered in the Christmas season with its annual Christmas luncheon at Brickdam, today.

Commissioner of Police, Seelall Persaud, in commending his ranks said, “it is critical for us to recognise good behaviour.”

A sum of $400,000 has been awarded to ‘A’ Division. Several Officers of the Division were awarded for their exceptional performance in 2016.

A section of the gathering at luncheon ceremony at Brickdam

Commissioner Persaud congratulated Divisional Commander Clifton Hicken and  his leadership team on their commitment and efforts this year, “on all three fronts- crime, traffic and in the communities.”

He noted that there “is a lot of need for the same kind of commitment being made at sub- division4 and stations.”

This year in particular, one of the biggest thrusts of the force was to develop capacity.  “We see that capacity manifesting itself on a daily basis in the media and civil society organisations,” stated the Commissioner.

The top cop, speaking about crime said “the crime statistics are what they are, they are genuine, (and) accurate,’ while explaining that the statistics are entered into the system-an electronic platform. 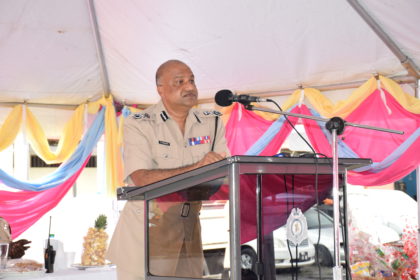 Speaking on  the force’s outreach programme, Commander Hicken said, “when you go into the communities, you can realise that there are issues that are not coming to the station for various reasons. Once we continue to get involved in the community we can stymie any incidents or nip it in the bud .” The outreach programmes will be continued in 2017, he stated.

“We are currently enjoying a 20 percent decrease in serious crimes,” Commander Hicken noted. This is mainly due to police youth groups and capacity building .

Commissioner Seelall also pointed out that crime is a social problem and that, “a law enforcement solution can never work comprehensively to treat crime. It is for that reason that we started a number of partnership programmes. We need public trust, we need partners within the communities that can assist us in dealing with crime.” 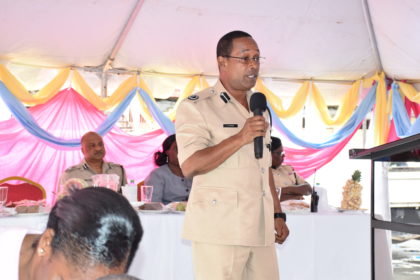 Social solutions have to be found, Seelall noted. “We have to improve what is happening at the level of family, education, religion and community,” he stated.

“It is a community that develops a child…therefore the community should take recognition for the good things and take blame for the bad things.”

Meanwhile Commissioner Seelall explained that every fortnight meetings are held at the headquarters and “all the commanders of the divisions meet and account for the use of resources ….goals and objectives. There is collective thinking   in these meetings.”

“We need to get everyone on board for traffic,” Commissioner Seelall said because,  the area of traffic has been enormous ….the amount of cases particularly driving under the influence and speeding have been increased exponentially.” Revoking and suspending of licences, may be strategies to curb the issue. 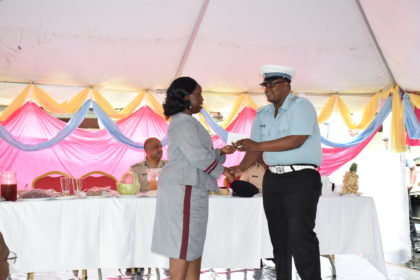 Seelall spoke of his plans before he retires. The three projects that are to be implemented are:

To this end, an analysis has been produced, and an operational plan has been developed and submitted to the Ministry of Public Security.

Commissioner Seelall took the opportunity to extend wishes to all for a “festive and peaceful season, and a successful and peaceful 2017.”