Minister of Public Infrastructure, David Patterson, Friday last said the current expansion and renovation of the facilities at the Cheddi Jagan International Airport is evidence of good value for money invested. 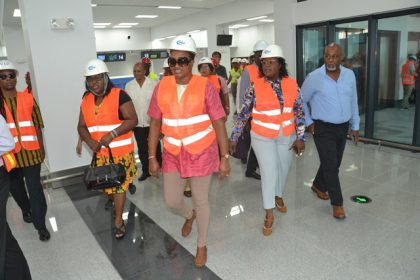 Speaking to Members of Parliament, the private sector and other stakeholders during a tour of the facilities Patterson said, “Value for money? Yes! In 2015 when I assumed the helm of the ministry they [previous administration] had paid out more money than the percentage of the work done. That means they paid out 70 percent of the money and only had 30 percent physical progress on the ground.”

Further, Minister Patterson noted, he was mandated by Cabinet to complete the airport expansion and upgrade “provided the value of the project cost did not increase.” “To date, save and except the two new boarding bridges we have been able to do that,” he noted.

Amidst Opposition criticism and calls for the Auditor General’s investigation of spending practices on the project, Minister Patterson said, “The auditor general audits all projects government expenditure; so, I encourage him to continue to do his job diligently. He has audited this project from its inception up to 20017 and he will continue to audit the project and we will provide him with any information.”

The guided tour provided the opportunity for all stakeholders, inclusive of the opposition who chose to reject the invitation to participate, to view and verify the status of the ongoing project.

On completion the US$150Million expansion and upgrade project is expected to yield four air passenger boarding bridges for passengers’ arrival and departure; a 450-person seating departure area; escalators and elevators, in addition to an extended runway that would cater for larger categories of aircraft. 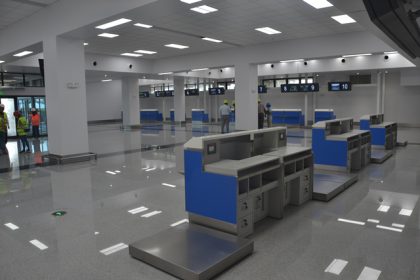 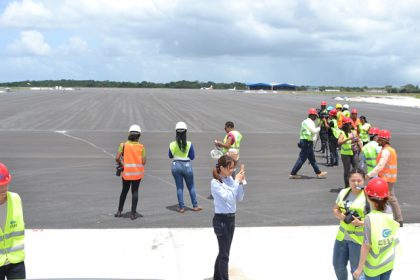 A section of the extended runway. 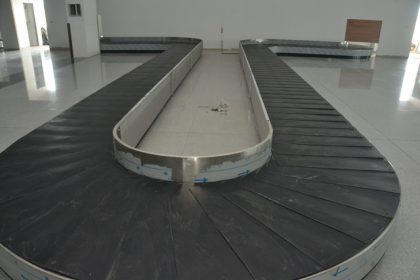 One of the newly installed baggage carousels in the spacious baggage collection area. 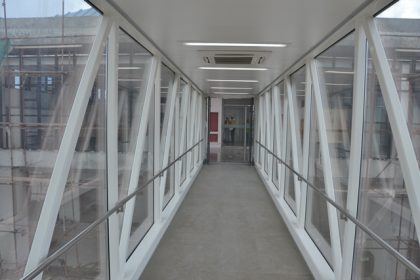 One of the installed boarding bridges.