Minister of Public Security, Khemraj Ramjattan and Minister of Education, Dr. Nicolette Henry teamed up to meet Central Mahaicony residents on the evening of April 25. The Cabinet colleagues hosted a, well attended, community meeting at the Farm/Zeskendren’s multi-purpose building. 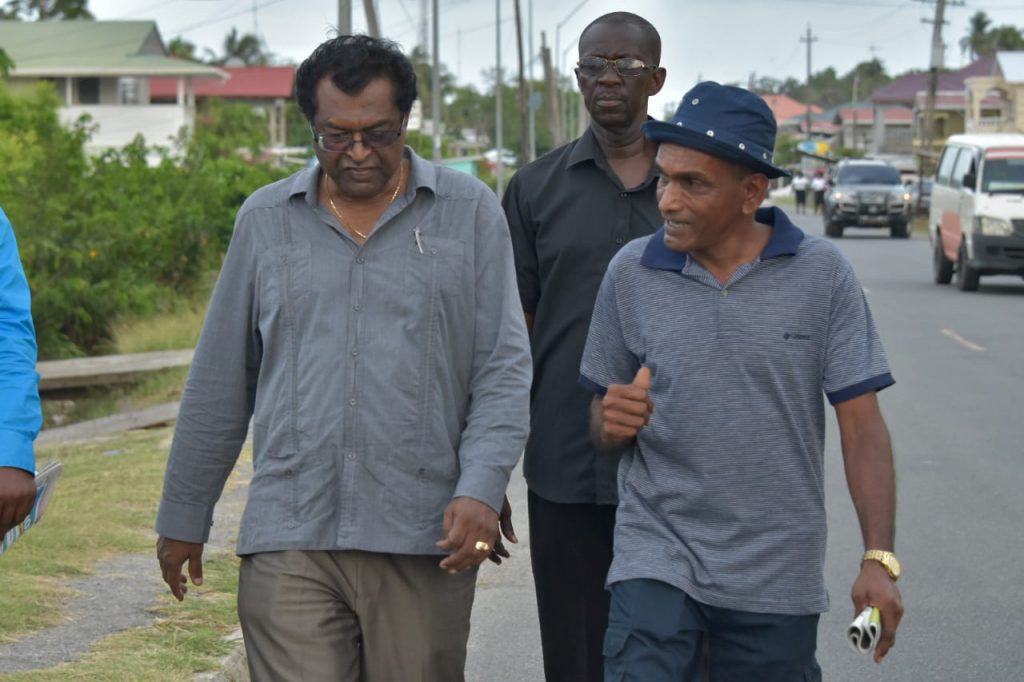 The interactive session saw issues raised by the young as well as the elders of the community. Some of the issues raised included the need for assistance for sporting activities, legal assistance to resolve land disputes, streetlights (preferably solar powered), rehabilitated access roads, the need for physical education teachers, better school infrastructure, timely pensions, overdue salary increases for nurses, tardy payments for security guards, and payment for Drainage and Irrigation workers.

After the more than two-and-a-half-hour meeting, both ministers vowed to address all of the concerns raised, whether by their ministry’s intervention or via other subject ministers and their ministries.

The ‘government comes to you’ outreach kicked off at 10:00hrs today despite overcast skies. However, from as early as7:00hrs, some residents took their seats, while others queued to have their various matters addressed by the 20 government agencies on hand to render assistance.

Education Minister Dr. Nicolette Henry described the meeting as “very good because they were able to address a wide range of issues” as most of the issues raised, “could be handled.” 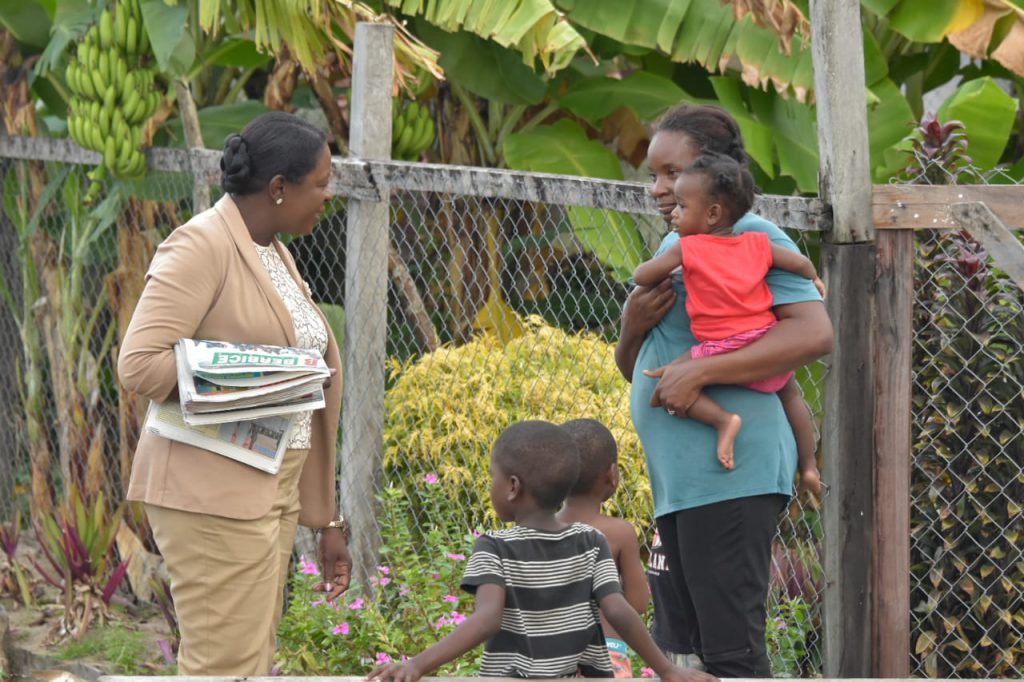 Minister of Education Dr. Nicolette Henry chats with a young mother as she conducts a walk about Central Mahaicony

Minister Ramjattan described the residents’ turnout as “fantastic”, and an indication that the move to “bring government services to the people is working.”

He noted the fact that excellent suggestions were put forward, especially by the young people and commended them for taking measures to develop their community.

was “an incredible experience”. Minister Ramjattan assured that the issues raised were carefully noted and will be addressed. Residents information were also compiled to ascertain which problems were prevalent and which ministry, department or agency had to resolve them.

The community meeting was among several held in Region 5 following a ministerial outreach at the Fort Wellington Regional Democratic Council’s (RDC) compound. 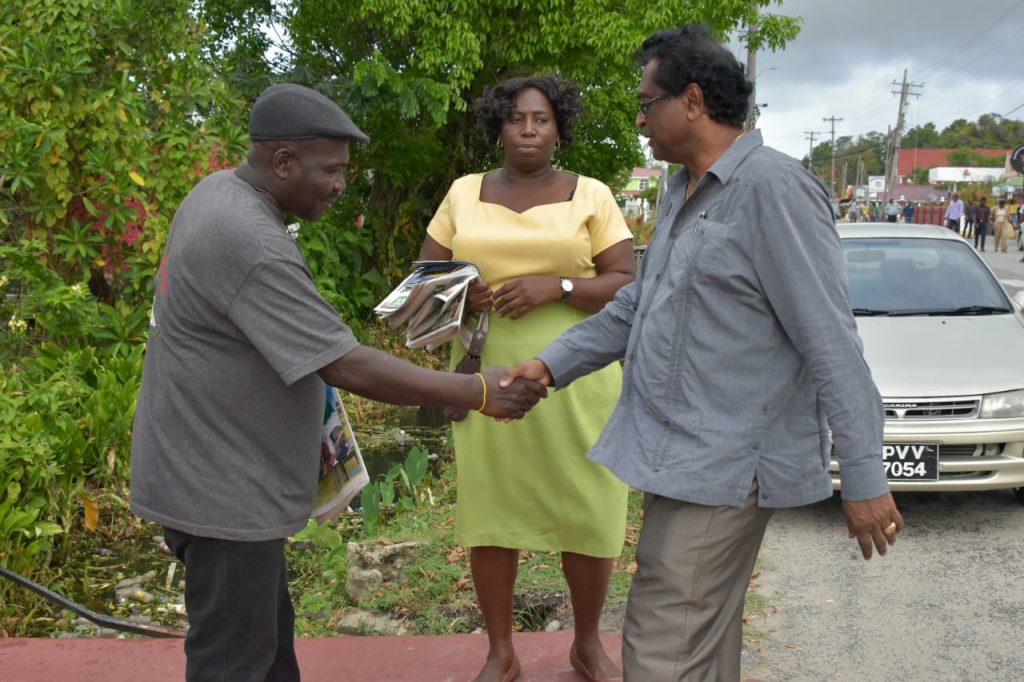 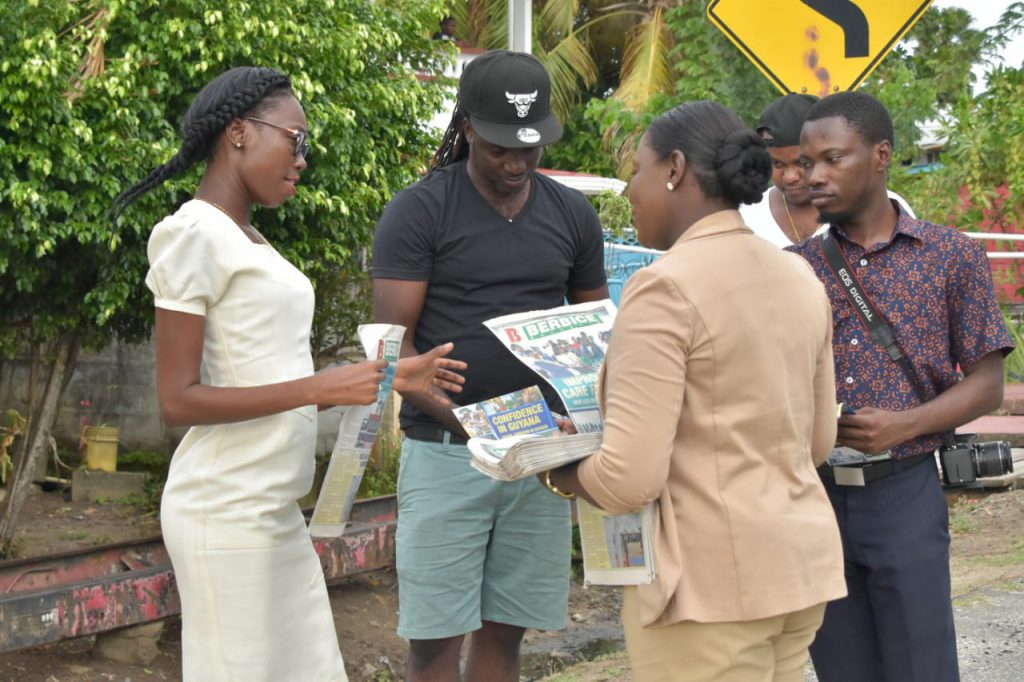