Farmers and residents of Bagotsville could expect less flooding during the rainy season. A $65 million sluice was constructed to help drain the area. 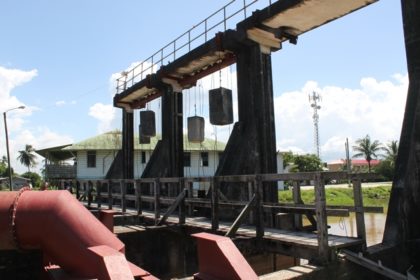 Part of the recently constructed sluice at Bagotsville

Senior Engineer of National Drainage and Irrigation Authority (NDIA),  Dave Hicks, told the Government Information Agency (GINA) that for years the sluice in the area was not functioning and residents were complaining of flooding.

Hicks explained that when it rained, most of the water was channeled to the Canal Polder area, “but it couldn’t take off the capacity. During the rainy (season) they’ll be flooding in the farmlands and some residential areas and there were a lot of calls to install pumps,” Hicks said.

The NDIA realized that it would be more cost effective to install a sluice in the area where there was a good flow and less siltation to the Demerara River. This was a better option when compared to installing a pump.

The senior engineer noted that the construction of the sluice was completed three months ago through a collaborative effort between the NDIA, the Regional Democratic Council (RDC) and local regional representative. He said that he does not foresee any major flooding to the Bagotsville area since the sluice was designed with the requisite capacity for the 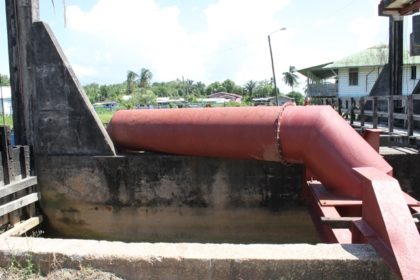 The recently constructed sluice at Bagotsville

area and is fully functional.

Approximately 8000 acres of land lies between the Bagotsville and Canal Number One.

Minister of Agriculture, Noel Holder in his 2016 budget speech had noted that flooding would be addressed through the NDIA and the Mahaica/Mahaicony/Abary-Agricultural Development Authority (MMA/ADA).