Belladrum backs Coalition for another term

— efforts to bring development in communities countrywide is evident

Residents of Belladrum, West Coast of Berbice (WCB) have taken note of the efforts made by the APNU+AFC Coalition Government and concluded that this administration deserves another term in office to continue the work they have started. Several of these residents gathered at the Belladrum Secondary School on Friday and outlined where the government has made progress and shared their expectations for the next five years. 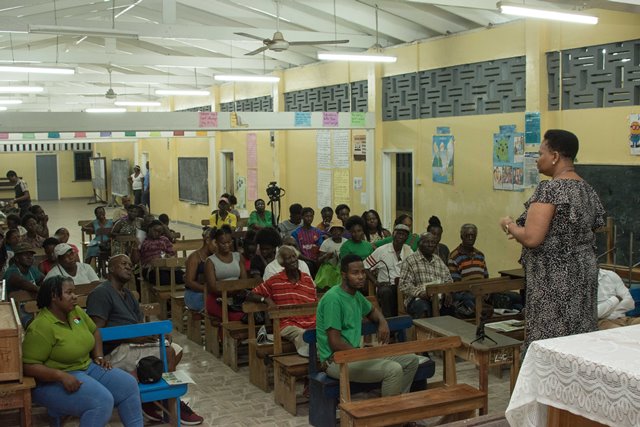 A gathering of residents at the Belladrum community meeting. 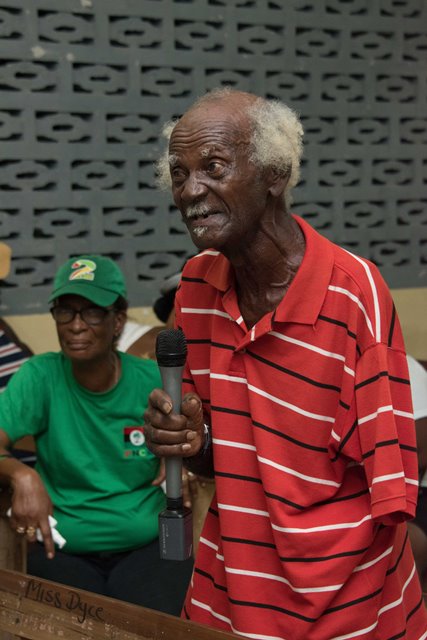 Chairperson of the Profit-Rising Sun Neighbourhood Democratic Council (NDC), Angela McDonald noted that there is much to praise the government for as efforts to bring development in communities countrywide is evident.

Singling out the area for which she has a responsibility, the NDC Chairperson said, “We would like to thank the government for the playfield at Paradise and for rehabilitating the school because for some years it was neglected and now we have tiles on the floor, the school has been painted, we have grills.”

In the case of opportunities for the youth of Belladrum as well as those in surrounding villages, McDonald stated that “there are a lot of Patient Care Assistants in the region, we are grateful for that because the young people can now be gainfully employed. Also, today a group of young people participated in a workshop hosted by the Small Business Bureau [SBB] at the Arthur Chung Conference Centre, and we are grateful for that too.”

Minister of Public Health, Hon. Volda Lawrence, who was in Belladrum for a community meeting, listened to the residents as they shared views on the work done in the community and also made recommendations for the continued community development.

Another resident, Gem Alleyne, compared the current health administration and regional health system to what it was in previous years. “We are appreciative for all the health programmes we now have… When and where, in the history of this country, have we had so many programmes? If you look out you can see the streets, we have streetlights in every cross street you can find lights, something we never had. We must give this government another term.”

Her comments were supported by ex-soldier and resident of Belladrum, Michael Long, who told the minister that the government must “do its best you can so that we [Guyana] can go forward humbly and peacefully. Don’t worry with the rumbling and from others, our president [His Excellency, President David Granger] is the best of the lot… we have to understand that.”

One of the oldest residents in the village, 92-year-old Joseph Grenville says he can relate to the president’s push for education since the same young people who are being encouraged to buy into the vision will benefit from it. He also maintained his support for the government and its plans in this regard.