If you’re a youth living on the coast, looking to gain workplace skills and experience there are over 10 technical institutions available. These establishments can give you, or any youth the skills to deliver technical vocational education and training (TVET) courses that can help launch careers.

The situation is not the same for the indigenous people, who live several hundreds of kilometres away from the coast. The Bina Hill Institute is the only vocational body located in the hinterland that is providing educational programmes for young indigenous youths. 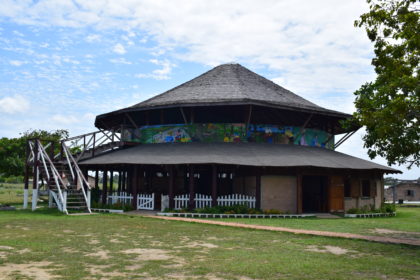 The Bina Hill Institute in the village of Annai

Most of the indigenous communities are located in isolated areas and are challenged by shortage of skills for the delivery of basic, social and technical services.  Recognising that the skills shortage threatens the future sustainability of these communities, a group of civic minded persons came together in 2000 to establish the Bina Hill Institute in Region Nine. The institute was birthed out of the North Rupununi District Development Board (NRDDB).

The initial process started as early as the 1980s and was officially launched in 2000. The main source of funding was through the British Lottery and Canadian International Development Agency (CIDA) and Pronatura from England. They also received support from the then government to the tune of $6M per year.

The first Secondary Institution, the St. Ignatius Secondary School was established in 2003.The school initially housed 43 students. However on completion of their secondary education, the students had limited opportunities to further their studies because there were no institutions of higher learning within the region. The options were to seek employment in the gold or diamond mining fields or migrate to study.

Minister of Indigenous Peoples’ Affairs Sydney Allicock, one of the founding members of the Bina Hill Institute explained that over the course of those years, a number of children were graduating however, only a few would go on to further their education, 20 percent may get a job, whereas 80 percent were left to find jobs in the mining sector.

Today, this unique institution has managed to double its intake of students. The institute has a dormitory, kitchen, a solar freezer, photocopying machine, and air conditioning units which were all funded from the 2015 national budget. A total of $40.5M was spent rehabilitating the facility in 2016. 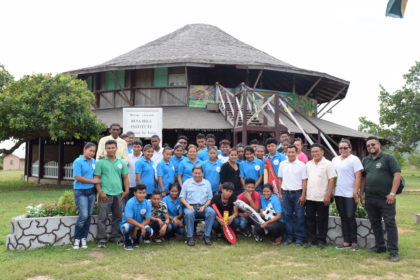 Minister of Indigenous Peoples Affairs Sydney Allicock, members of the Ministry, students and teachers of the Bina Hill Institute

Agriculture is a major subject which is taught both theoretically and practically. Victor Ferreira, Principal of the institue, said agriculture is compulsory for the youths and over the years they have able to become self-sufficient in terms of providing meals for their kitchen, through cultivating their own farm, along with rearing chickens and cattle.

Pauline Scipio who is responsible for agricultural activities said this aspect of the curriculum is impacting positively on a number of villages in close proximity, in terms of supplying the local market.

The students also have the opportunity to participate in student exchange programmes, which allow them to travel overseas to enhance their skills. Minister Allicock explained that there was a group that ventured to Canada during one of the exchange programmes, and most of them today, have jobs or are self-employed. Six students also went to the Guyana School of Agriculture and all of them performed well.

On completion of the two-year residential programme, students receive a certificate that is accredited by the Ministry of Education, and allows them the opportunity to enter the workforce or further their education. 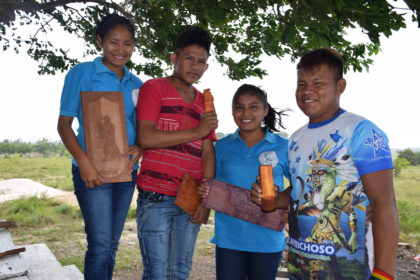 There are over 100 students are at this vocational institute today. They all admit it has opened many opportunities for their livelihoods. Eighteen- year-old Roslyn Alexander said that the programme has enhanced her life, but it was difficult. She said she would like to train as a tour guide.

Shamica Wilson, a second year student from Warapoka Village in Region One said, “This has been a great learning experience for me. It has allowed me to gain knowledge in subject areas like Tourism, Agriculture, Information Technology, and I want to learn more so I am not going to stop here.”

Alphonso King, teacher of the Tourism course noted that the tourism curriculum which began some five years ago has seen significant growth and, “it has had a great impact on the youth because it is something they have never done before and now that they have started it, the enthusiasm is there.”

The teacher said that in his five years, most of the students have gone on to have careers in tourism some of them work in hotels, lodges, and some are back in their communities working. 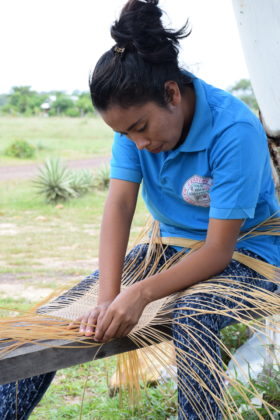 In keeping with the government’s thrust of providing equal educational opportunities for students in the hinterland, close to $1B was allocated to the Bina Hill Institute during the period 2015-2017.

The Institute has already expanded its training programme to include natural resource management, traditional knowledge systems, and building capacity for both occupational and economic development.  It was allocated $50M in the 2017 National Budget to caters for the increased influx of students and development of the current curriculum.

Once the youths attending the Bina Hill Institute complete the programme, many of them return to their communities to either share their knowledge or create their own businesses.