Several health facilities within the Moruca sub-district, Region One are to receive outboard engines and boats from the Ministry of Public Health to assist in transporting patients to referral hospitals within the region. 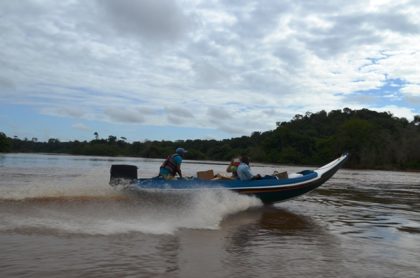 Community Health Workers (CHWs) attached to health posts and health centres, in riverine communities have requested assistance for boats and outboard engines to facilitate transportation of patients, including pregnant mothers to health facilities.

Minister of Public Health, Dr. George Norton has noted the importance of equipping these facilities with transportation. “It was those villages that have a difficulty in getting patients down to the Kumaka District Hospital and particularly because those villages seem to be having alarmingly high birth rates…Manawarin for example has 15 pregnant mothers at this moment.”

In addition to Manawarin, Assakata, Waikrebi, and Kwebanna villages are to be considered for the provision of boats and engines.

“Some communities around the Kumaka District Hospital, in a question of an hour or so, they can get here either by vehicle or by boat, but those areas in the Barama river, it’s difficult for them to come because it is so far out the river. It can be low and very difficult to navigate and that is a big problem of transportation and they don’t have a lot of hospitals or health huts with community health workers. They don’t even have a midwife in some of the cases and that is a big problem.” 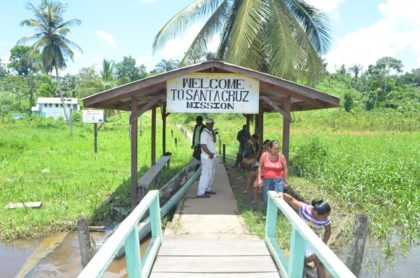 Meanwhile, Port Kaituma recently benefitted from the provision of a boat and engine that will assist in transporting patients to access medical attention.

Region One Chairman, Brentnol Ashley told the Government Information Agency (GINA) that the boat and engine provided by the Ministry of Public Health will be put to use primarily by the new Port Kaituma Hospital which is expected to be completed by December.

The boat and outboard engine were provided to Port Kaituma in June after the Regional Democratic Council had lobbied the Ministry of Public Health for water transport assistance for the health sector in the region.