Sports in Guyana is heading in the right direction however it requires the will of the athletes, the government and corporate Guyana.

This was the view of the sports veterans and guests appearing on a panel discussion on the National Communications Network as part of the 54th Independence Anniversary observations. 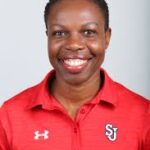 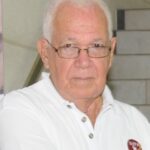 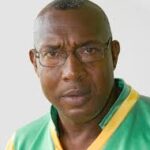 Perreira and Harper vividly recalled the state of sports in Guyana before 1966 and immediately after, describing it as a class struggle for some athletes.

Harper said that during his time, many of the cricket clubs were owned by the persons who controlled the national selection and denied many talented players the opportunity to represent their country.

However, Perreira noted that despite athletes being denied opportunities in Guyana, there has always been tremendous talent among the local athletes, stating that “many Guyanese who migrated to England won Olympic medals for Britain.”

For her part, Pompey noted that while she could not speak to pre and immediate post-independence, during her time, access to facilities was a major issue. “We have never lacked the talent, we have always had persons capable of taking us to those levels it is just a matter of accessibility and selection,”

However, they all agreed that in Guyana today, there has is a laser focus on sports with more facilities and financial resources available to athletes and more athletes receiving scholarships.

The panellists also agreed that once finalised the National Sports Policy will propel sports in Guyana to new heights.

“We need to take a holistic view of this document. I think we all need to agree that we are going to have to put out a lot more options upfront so that we put systems in place that will eventually run themselves,” Pompey said.

Echoing similar sentiments Perreira stated, “the document whenever it becomes official does not have a life of its own.” He posited that there need to be more clubs with persons who are invested in taking sports forward.

The panellists agreed that Guyana as an independent nation is heading in the right direction as it relates to sports. They called on both the government and the private sector to collaborate to allow Guyana sportsmen and women to shine on the international scene.