Lindeners were today charged to make the town an example of commerce.

President David Granger made the call during his address at the Linden Exhibition & Trade Fair 2018 which was held on the lawns of the Linden Technical Institute. 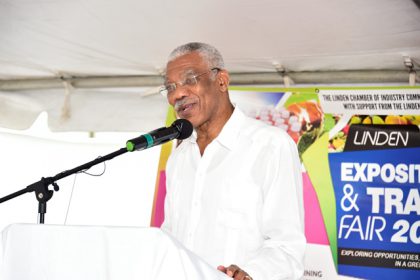 The three-day trade fair which forms part of the Linden Town Week activity showcases products from all aspects Guyanese society and allows for networking and the improving of businesses opportunities. The products showcased ranged from arts and craft, beverages, spices, jams, confectionary, peanut butter, seasonings and alternative energy equipment/

Describing Linden as “the gateway to the rest of Guyana,” President Granger said the fair must become a beacon to commerce.

“It’s an opportunity to attract investment, to be innovative and to get out of the mindset of mining and producing raw materials only.  This exhibition is an opportunity for innovation so we become manufacturers,” the President said. 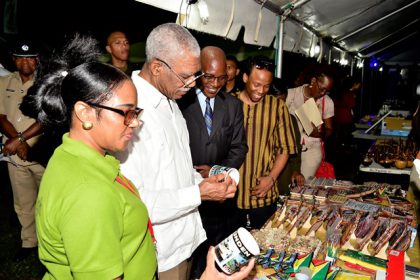 He urged the mining town to transform from an area that only produces raw materials to one that uses its by-products in a creative way.

“Linden has continued to work, so it has the capability to advance to leaps and bounds by employing its human resources and exploiting its agricultural and natural resources,” President Granger said.

Senior Vice President of the Linden Chambers of Commerce, Lyndon Younge urged Lindeners to use their “innovative and creative minds to bring out the products which will see us rise.” “I always hear messages and statements of Linden having much potential which is a fact, but turn your potential energy into kinetic energy and set the stage for economic development,” Younge, who is also the Coordinator of the trade fair advised.

The Linden Exposition & Trade Fair 2018 will run from April 27th – April 29th, under the theme “Exploring Opportunities, Empowering Businesses in a Clean Green 2018”.

This is the 8th edition and is hosted by the Linden Chamber of Industry, Commerce and Development (LCICD) with support from the Linden Mayor and Town Council. 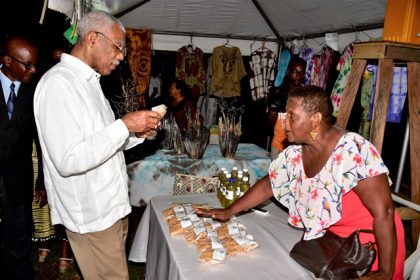 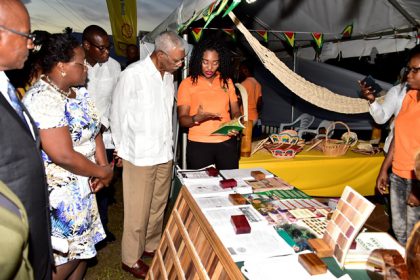