Local Chutney singer Bunty Singh is looking to win the Chutney crown for a third time with his song ‘She Want Me Be She Raaja’ which speaks of a faithful husband upholding his vows despite receiving unwanted attention.

Chatting with the DPI, Singh explained that he comes from a musical background which he often relies on and which has helped him to grow as an artiste. 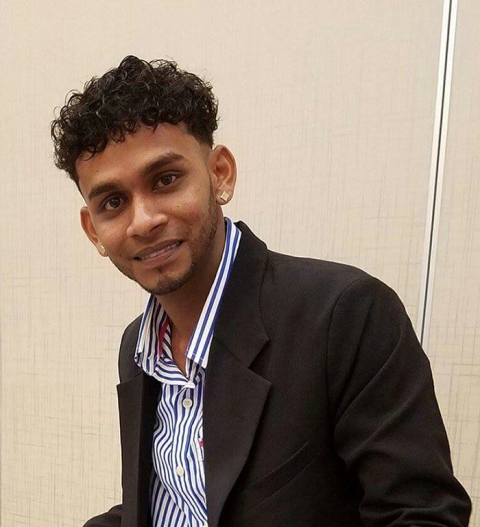 “My father is a musician and a singer and I was introduced to music at age five or six and I started playing the drum. Then I was allowed to use my father’s stereo in 1997 and the type of music I listened to came out of Trinidad. The song Dil-E-Nadam by Raymond Ramnarine had a huge impact on me; he had captivating vocals,” he said.

Taking pointers from Ramnarine and adding this own twist Bunty took a leap of faith and entered the Chutney competition arena.

When he first competed in 2009, Bunty finished fourth, then third in 2015, before winning the crown in 2016. However, he placed second in the 2017 Chutney competition before copping the crown for the second time in 2018.

Apart from being a vocalist, Bunty is also the owner of a recording studio called Bunty Kris Valarie Janvi (BKVJ) Recording Studio at Shieldstown.

For fans who wish to cheer out their favourite Chutney artiste can attend the upcoming Chutney Monarch semi-finals set to be held on the February 7 at the Skeldon Heritage Park, Region Six.