Oral submissions into Guyana’s December 21, 2018 vote continued from 09:00hrs today, before the Trinidad based, Caribbean Court of Justice (CCJ) with Senior Counsel, Neil Boston delivering a spirited presentation on the intention of the framers of the Constitution when they crafted Article 156 (3).

In his hour-long presentation, SC Boston told the court that Article 156 (3) was birthed out of an agreement between Robert Corbin and Bharrat Jagdeo who, while being the Leader of the Opposition and President in 2005 respectively, agreed that there shall be no defector in the House.

As such, he submitted that the Constitution prohibits Members of Parliament (MPs) from voting against the very lists of which they were extracted. If a member no longer supports his list, he or she, in accordance with the Constitution, must declare in writing to the Speaker or the Leader of the List from which he or she was extracted. Such a move would allow the member to be recalled and replaced by another eligible person. 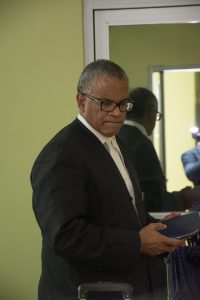 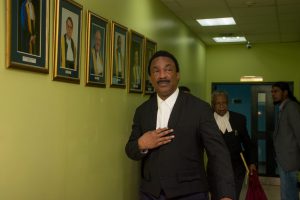 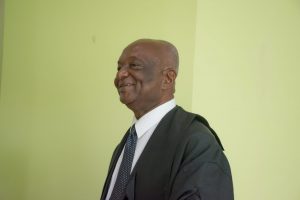 In the meantime, day one hearing saw former Attorney General Eamon Courtenay SC., calling on the CCJ to find that the former MP Charrandass Persuad’s vote was invalid since Guyana’s Constitution has a robust “anti-defection” provision.

He explained that as a Coalition Government, it was understood that all parties entered office on the basis that they would uphold certain promises made. Hence, the current Guyanese system dictated that only a “Confidence motion” could be moved. The anti-defection provision served to remind all MPs “remember how you got here” the SC said. He added that “nobody in Guyana can serve as an independent candidate, to be elected to the National Assembly. It cannot happen. You have to get your name on a list that is submitted by a party.”

Guyana’s Attorney General (AG) and Minister of Legal Affairs, Basil Williams SC., during his submissions, urged the CCJ to uphold the March 22 ruling of the Court of Appeal.

“The second highest court in the land has already spoken on this issue” he offered.

The Attorney General said to arrive at an absolute majority in the 65-Member National Assembly, a two-phase approach is required. It was explained that the 65 must first be divided into half and rounded up in the case of an uneven number, as is the case of Guyana. To complete the second phase, one must then be added. This application, the Attorney General said, would result in 34 votes being an absolute majority and not 33.

“The principle is, the majority cannot be the same for simple and in absolute.”

His argument is based on one put forth by Queen’s Counsel and former Attorney General of Grenada, Dr. Francis Alexis in the Court of Appeal in March of a “two-phase methodology” for an absolute majority.