Representatives of the Central Planning and Housing Authority (CH&PA) on Wednesday, September 27, 2017, met with squatters of lot 17-18 Broad Street Charlestown as part of the effort to successfully relocate and integrate them into a new community at Barnwell North on the East Bank of Demerara. 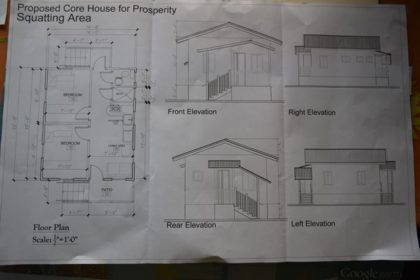 The design of the Core Home that will be built for the relocated residents.

The owners of the lot on Broad Street recently filed a lawsuit against the occupants and won, forcing them to now vacate the premises they have occupied since the early 1970’s.

The CHPA has partnered with Food for the Poor to assist the families by providing house lots and constructing the homes. The Government will modify the housing designs to make them more suitable for the residents.

The community currently has water, and electricity will soon be provided, however, residents will be expected to pay for the installation of these utilities to their homes.

Donell Bess-Bascom Senior Community Development Officer at the CHPA noted that the interactive session is part of the Agency’s mandate to create a unified, empowered and sustainable communities.

Residents were also given the opportunity to raise concerns and have issues addressed by the visiting team.

One resident Deondra Jack sought support for skills training for mothers in the community. “On behalf of myself and the people in Broad Street I would like to empower the moms who don’t have a job…like cosmetology arts and craft… proper stuff for them to do when they are at home”.

In her address to the residents, Vanessa Odonoghue, community leader of Barnwell North, welcomed them to the community and outlined the economic and social aspects of living in Barnwell.

The CHPA will also partner with other government agencies and ministries such as Public Security, Health, Education, Social Protection and Agriculture, to ensure the relocation process is a smooth one. To this end, meetings with the residents are scheduled from September to December 2017.

Other proposed activities include meetings to sensitise stakeholders in order to garner support and explore opportunities for collaboration. Part of the activities include a three-hour workshop with the target group to address public health and psychosocial issues. 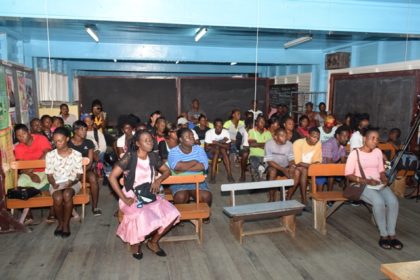 Some of the Residents of Broad Street Charlestown who will be relocated to Barnwell, North East Bank Demerara. 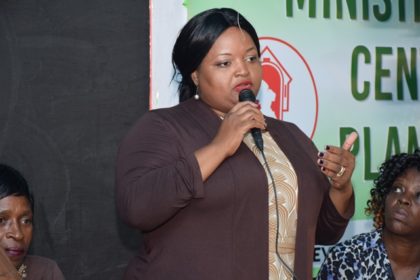