Clash of the titans at WWT20

– India beat a wounded Australian side to top group

– New Zealand crush Ireland to end tournament on a high

It was clash of the giants earlier yesterday at the Guyana National Stadium as India faced off against Australia in a top of the table battle in the International Women’s Cricket Council (ICC) Women’s World T20.

The match attracted the largest crowd of the eleven matches played at the stadium which saw the Indian side beating a wounded Australian side and topping their group. This was after the Aussies lost one of their best player Alyssa Healy who was involved in an on-field accident that led to her missing the second half of the match. 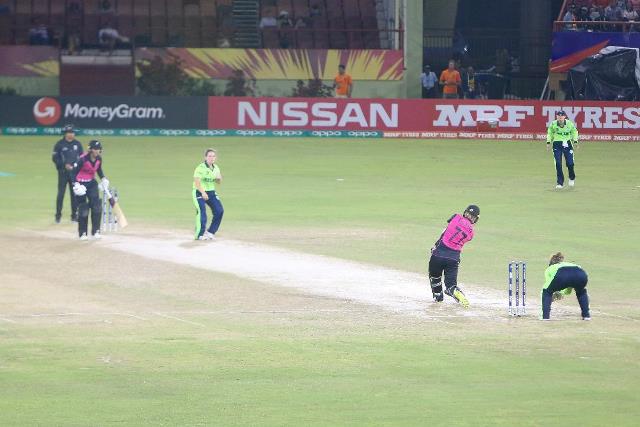 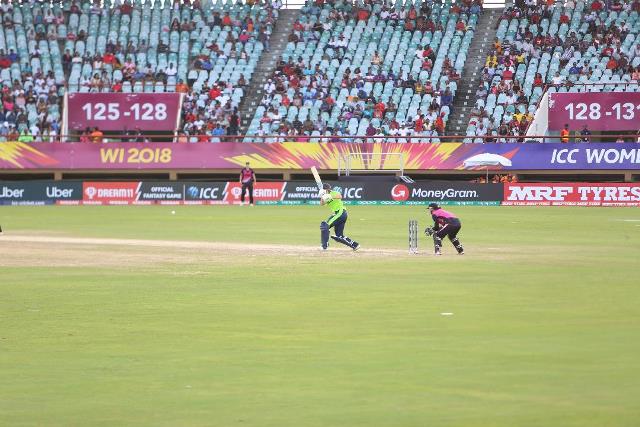 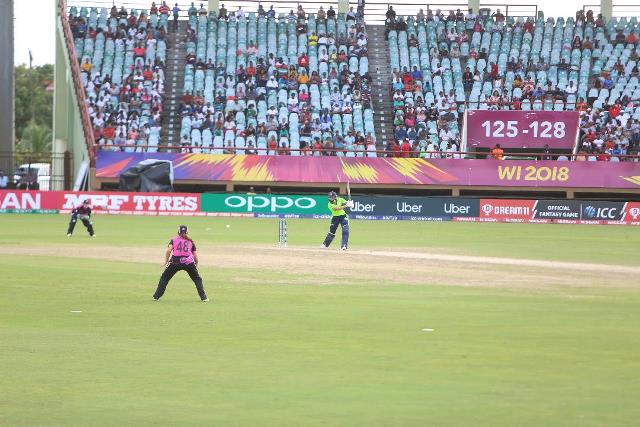 Selecting to bat first, the Indian team made a mammoth total of 167 runs for the loss of eight wickets in their allotted 20 overs. This was on the shoulders of Smriti Mandhana who made a brilliant 83 assaulting the Australian bowlers hitting boundary after boundary. She was assisted by Harmanpreet Kaur who fell short of a half-century by just seven runs.

The Australian side crumbled to 119 all out in 19.1 overs under the bowling attack from India. Anuja Patil and Radha Yadav were the pick of the bowlers ending the match with 3-15 and 2-13 respectively. Ellyse Perry hit an unbeaten 39 in vain as the Aussies failed to form partnerships and lost the match by 48 runs.

India will now face the loser of West Indies versus England match on Sunday, while the winner takes on Australia in the semifinals.

The second match of the evening saw New Zealand crushing a winless Ireland team to end their tournament on a high note. The win over Ireland gave the New Zealand team their second straight victory after they routed Pakistan last Thursday at the same venue.

Ireland struggled with the bat from the start, managing to scrape a mere 79 runs during their innings. Seventeen-year-old Gaby Lewis was the only batsman on the Irish side that managed to score 20 plus runs. Lewis made 39 runs off 36 balls hitting five of the seven fours made by the entire team in her effort.

Leigh Kasperek, Lea Tahuhu and Amelia Kerr were the New Zealand bowlers that caused trouble for Ireland side. Their bowling figures were 3-19, 2-17 and 2-18 respectively.

However, it was Sophie Devine who led the assault that propelled the New Zealand side to victory in 7.3 overs after smashing 21 balls 50. Devine played some heavenly strokes destroying the sloppy bowling attack by the Ireland team hitting seven fours and three sixes to give New Zealand the win by eight wickets.