─ in keeping with Paris Agreement

The Office of Climate Change (OCC) has been able to mobilise resources from the Caribbean Development Bank (CDB), the United Nations Development Programme (UNDP) and other international partner agencies to advance its national climate change adaptation and mitigation efforts.

The work being undertaken by the office was today highlighted by Head, Janelle Christian who made a presentation before the Parliamentary Sectoral Committee of Foreign Relations. 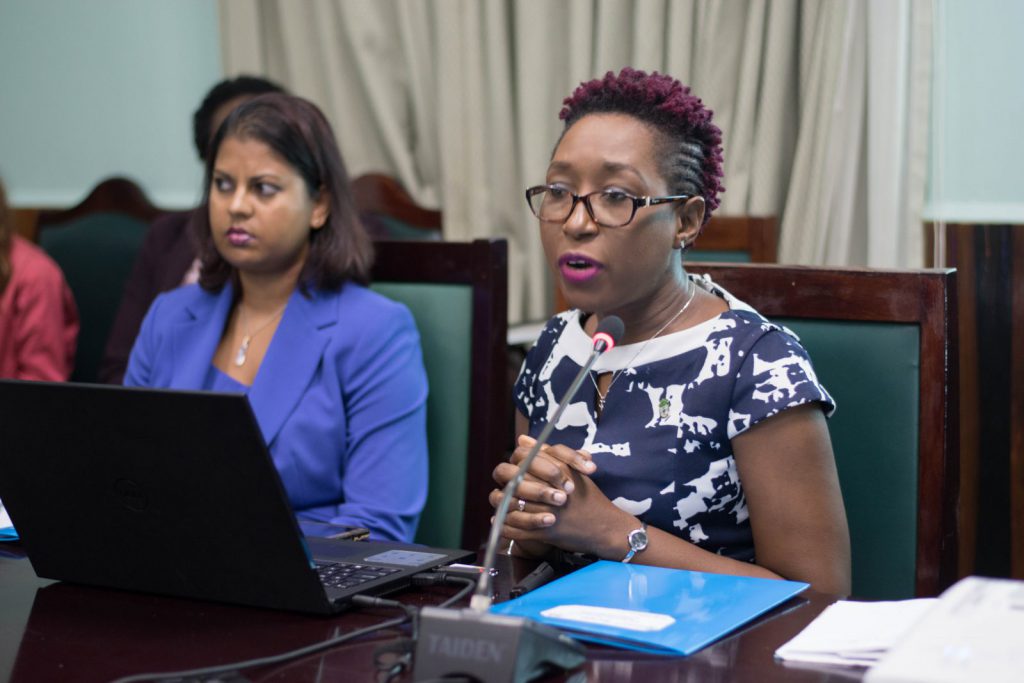 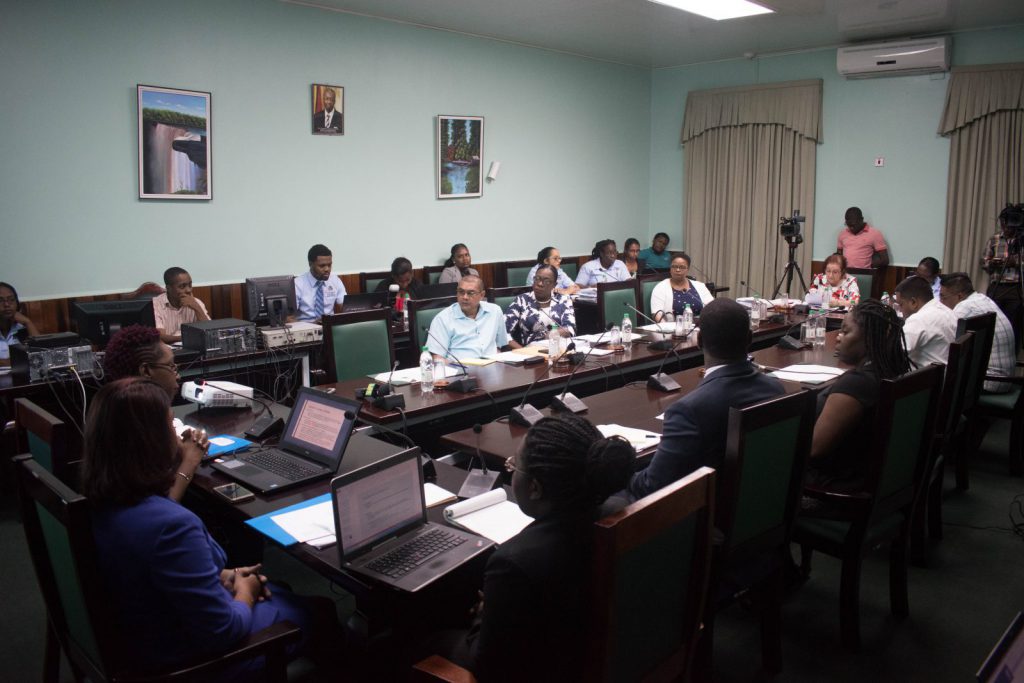 These projects are being conducted, as the country transitions to the Green State Development Strategy (GSDS), which is geared towards low emissions, decarbonised development across all sectors.

The approach, she noted will require all new strategies, policies and National Adaptation Plans to be aligned with the new vision.

Christian informed the Committee that the OCC is partnering with the CDB as it seeks to develop a new Climate Change Policy.

The process has advanced and is currently awaiting a “no objection” from the National Procurement and Tender Administration Board (NPTAB).

The CDB has also provided resources for the preparation of the Strategic Plan for the OCC, which is also pending “no objection” from the NPTAB.

Through the United Nations Development Programme’s (UNDP), regional programme being  financed by the Government of Japan, Guyana is receiving support for its National Adaptation Plan (NAP).

Two weeks ago, the UNDP confirmed that the contract is signed and a team is expected in Guyana by October for the first in-country meeting, Christian disclosed.

A draft document on the national appropriate mitigation actions for the greening of towns was reviewed and final comments submitted. These are currently being reviewed by the UNDP team and consultant for finalisation.

Working along with the United Nations Environment Programme (UNEP), a Technology Needs Assessment for Mitigation and Adaptation, focused on the priority sectors outlined in the country’s National Determined Contribution (NDC) is complete.

According to the OCC head, the completed technology action plans are expected to be formally launched at the end of August.

“This support specifically looks at introducing new technologies as prioritised by the country in its fight against climate change but also mitigation,” she added.

In this instance, the focus is on renewable energy and sustainable forest management.