Construction of Housing units at Prospect progressing as planned

Construction of the first 50 low income units and 200 young professional housing units at Prospect, East Bank Demerara is progressing as planned and is expected to meet the January 2022 deadline. As of September 16, 2021, works on the low-income units are 36% completed while works on the young professional homes are at different stages of construction.

Earlier this year the contract was inked between the Ministry of Housing and Water-Central Housing and Planning Authority and Gafoor’s Limited for the construction of 100 low-income two-bedroom, flat units. The units each measuring 600 sq. ft. carries a total cost of $5.5 million inclusive of the cost for the land-$300,000. Mobilization on the remaining 50 low-income units is expected to commence shortly.

The young professional, single flat units will be sold at a total of $13.9 million inclusive of the cost of the land- $1 million. These units each sport three bedrooms, one self-contained room. The second option, a two-storey, three-bedroom young professional unit carries a total cost of $19.9 million inclusive of the cost for the land-$1 million.

Earlier today Minister of Housing and Water, the Hon. Collin Croal visited the location where he inspected the ongoing works. He noted his satisfaction with the pace at which the works are progressing as the contractors have committed to meeting the January 2022 deadline.

“At this site alone, we have approximately 650 skilled and semi-skilled workers, so we are creating employment as we forge ahead with our housing drive”.

He added that already the Ministry has spent approximately $1 billion on first phase infrastructure which includes water, electrical and road networks.

Speaking on the beneficiary selection process, it should be noted that applicants who had expressed an interest in housing units dating back to the 2013 were contacted and sent to be prequalified at a banking institution of their choice. This the Minister pointed out allowed for a fair and transparent allocation process.

“Clearly this also shows that we give people options, they can decide if a land is a better option or if they so desire a housing unit is offered to them, we do not impose on any applicant, they are free to accept or reject an offer”. 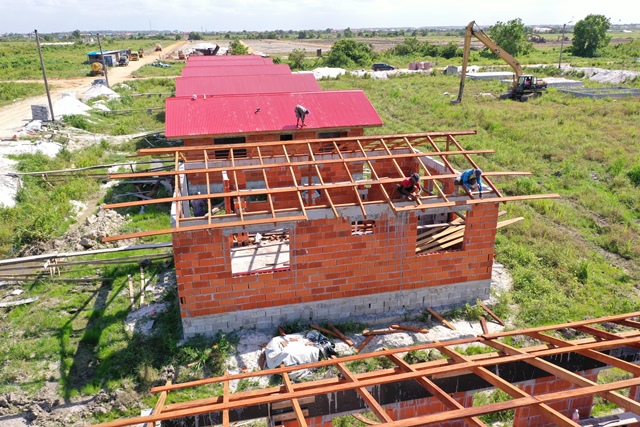 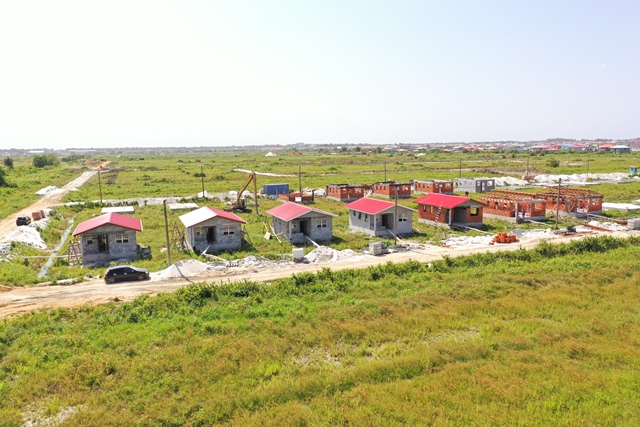