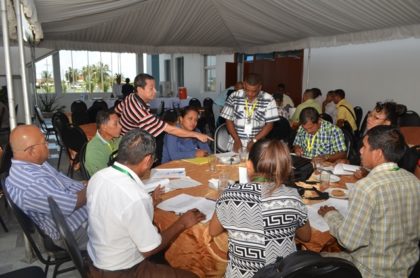 Some of the Indigenous leaders during their discussions

Consultations for the revision of the Amerindian Act of 2006, began today, at the National Toshaos Conference (NTC) at the Arthur Chung Conference Centre.

The consultations were held among the 212 community leaders gathered to strengthen the Act, which many of the leaders claim lack substance.

Chairman of the NTC, Joel Fredericks, speaking at the conference said that today’s consultation was just the beginning of many which will be held throughout the indigenous communities across Guyana.

“Remember that laws do not change quickly, it’s a process and this is an important document, we have to do consultations. So this is the beginning of consultations, beginning from the leaders. NTC will take the lead to do outreaches throughout the regions, hearing from the people,” the Chairman explained. 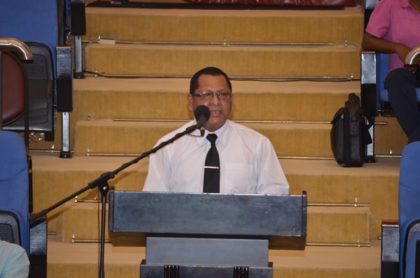 David James, legal advisor to the Minister of Indigenous Peoples’ Affairs, highlighted some of the steps already taken to strengthen the Amerindian Act.

James pointed out that the United Nations Committee on Economic Social and Cultural Rights (UNCESCR) has recommended that the Amerindian Act be revised. According to James, this is a major step towards ensuring the rights of indigenous peoples’ to  land and resources are upheld.

During the consultations, some of the indigenous leaders asked that  section 8.1 of the Amerindian Act be changed. This section caters for persons to enter indigenous villages with the consent of the  leaders.

However, the leaders argued that the law should be tightened since many persons do not comply. 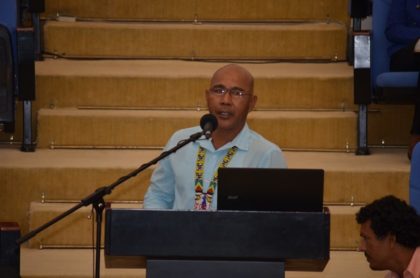 Section 13.1 F of the Amerindian Act which “promotes the sustainable use, protection and conservation of village lands and the resources on those lands” is another section of the Act that leaders want changed.

Gideon John, NTC executive member representing Region Eight. made two suggestions. John suggested that, “no mining claims on or logging concessions shall be granted on Amerindian titled lands and no renewal of licence shall be given to the existing claims on titled Amerindian lands.”

Additionally, recommendations were made to have the Act renamed the Indigenous Peoples Act. However, this received mixed views from the leaders.

Additionally, the Toshaos are also calling for better inter-ministry relationship which will foster faster development for the indigenous peoples.