Curbing violence against men amid COVID-19 and beyond

—Men urged to speak up against Intimate Partner Violence

Several countries across the world have reported an increase in Intimate Partner Violence due to the various stay-at-home and lockdown policies that were implemented during the current COVID-19 pandemic. This also includes the abuse of men.

Manager of the Gender Affairs Bureau at the Ministry of Social Protection, Adel Lilly noted that the pandemic has brought with it, isolation, economic anxiety and joblessness. 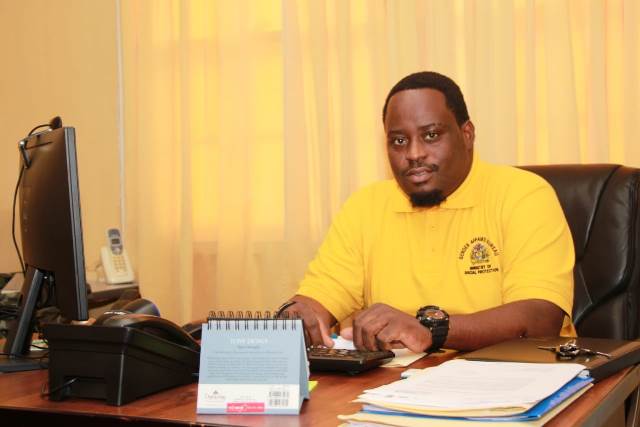 “These factors are “stressors’ that operate in the context of violence,” Lilly told DPI during an interview.

He noted that the programmes available at the Bureau are gender-neutral and serve to assist both men and women who are victims of intimate partner violence.

Lilly said the low incidence of reported cases of male abuse is not surprising because men are often socialised not to express feelings or to see themselves as victims.

“There is this view in society that “as a man you are supposed to suck it up,” Lilly remarked.  He explained that the agency often hears from male victims who say they are often not believed or taken seriously.

“Many feel that to report any form of abuse will somehow emasculate them. Some have expressed their shame and refuse to acknowledge the abuse from their partners. This leads to denial of their situation.”

He explained that the abuse of men can take many other forms – sexual, physical, intimidation and threats, emotional and physiological, verbal, and financial abuse, property damage and social isolation.

Male victims more than female can experience legal and administrative abuse. “This is the use of institutions to inflict further abuse on the victim. For example, taking out false restraining orders or not allowing the victim to have access to his children,” Lilly said.

Noting the low incidence of reports of IPF by men in Guyana during the pandemic, Lilly said this may not necessarily be as a result of fewer cases but more likely what he described as an interruption in the “reporting mechanisms.”

“We feel that it may be cases of the reporting mechanism has broken down because under normal circumstance victims of abuse can be identified at school, the workplace or even when they are visiting family and friends… so when no one is seeing the victims no one can report the suspected case,” he explained.

The Gender Affairs Bureau Manager said now is the time when persons in the community and the victim’s support system [family, friends, religious leaders etc.] have to be more vigilant, be more aware and ask more questions.

He indicated that the agency is working closely with the Guyana Police Force and several non-governmental organisations to effectively curb intimate partner violence against both women and men.