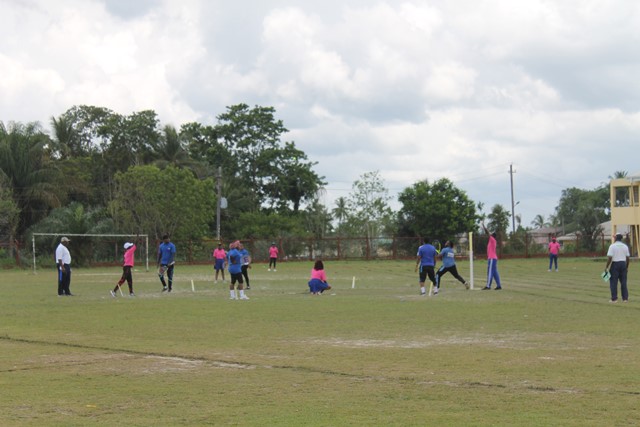 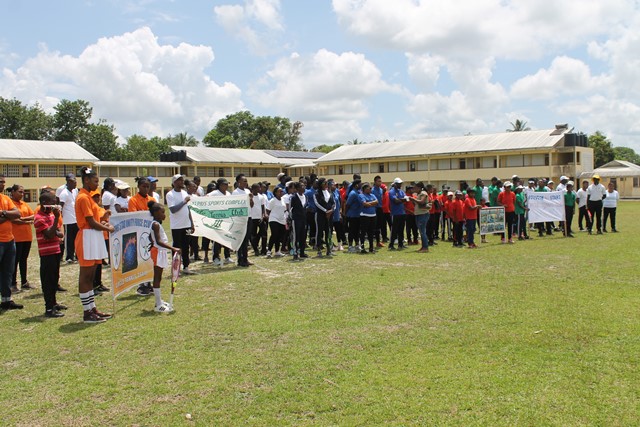 On Saturday September 28, 2019, the mining town of Linden, Region 10, was rife with excitement as the Department of Sports hosted its 4th Circle Tennis Tournaments as part of a series of tournaments slated for 2019.

Through the intervention of Dr. George Norton, Minister of Social Cohesion, with responsibility for Culture, Youth and Sport; the Ministry has intensified its efforts to resuscitate what is considered Guyana’s indigenous sport. Circle Tennis is grounded in disciplined participation, gender parity and the exhibition of vibrant techniques – areas which foster an environment to support a socially cohesive society.

In a thrust to develop the sport, an Interim Management Committee (IMC) was recently established to govern the discipline of Circle Tennis on a national scale. The IMC will be tasked with the finalization of the rules governing the game, guidelines for the hosting of regional tournaments, training sessions and coaching clinics among other areas.

The committee will also hold responsibility for the formulation of a constitution and other guiding documents required for the eventual election of a national executive; the IMC has the end of 2019 to fulfill its mandate which will allow the establishment of a national body to overlook the discipline. The IMC is structured to ensure inclusion with representatives from regions across the country.

Assistant Director of Sport, Ms. Melissa Dow-Richardson was on hand at Saturday’s tournament, she related that Guyana currently has 40 active sports; 28 are Olympic sports while the others are non-Olympic; Circle Tennis falls within the non-Olympic sport disciplines, however, it is included in the National Sports Policy as a development sport.

Ms. Dow-Richardson committed that the Ministry of the Presidency, through the Department of Sports, will continue to provide support via governance and finance. Looking forward, Ms. Dow-Richardson related – based on the current process, within two years, it is expected that the capacity to host national circle tennis tournaments among clubs, have an active school programme, export the sport or perhaps invite another country to compete, will become a reality.

Mr. Allister Munro, Sports Officer attached to the National Sports Commission lauded the effort of the Department of Sports to resuscitate the game of Circle Tennis; he noted that the game is one which transcends barriers of age, race, and gender.

Linden representative on the IMC, Mr. Sean Adams, made a point to note that the game of Circle Tennis will support the development of cohesion within the community, “It’s a game which brings the old and young, male and female together. Linden is known to have dominated the sport over the years because of their passion for Circle Tennis and welcomed its reintroduction to the community. The response is overwhelmingly positive from members of the community” said Mr. Adams.

Halted by heavy rains at the semi-final level, the day ended with a game between Region 2 and 10. Region 2 at one stage had the game to win but victory slipped away and ended on 154-5.The tournament saw participation from eight Circle Tennis teams from various regions; including, Regions 2, 3,4,5,6 and 10. The fifth Circle Tennis Tournament is scheduled to be held in Region 5 on October 26.