May 28, 2019 Department of Energy, Government, Ministry of the Presidency, News, Press Releases

Ministry of the Presidency, Department of Energy – Press Release, Tuesday, May 28, 2019

The Ministry of the Presidency’s Department of Environment, today, in collaboration with the United Nations Environment Programme (UNEP) hosted its 11th and final Advisory Committee Meeting, which is a multi-stakeholder committee of the Green State Development Strategy (GSDS).   Director of the Department of the Environment and Co-chair of the GSDS Advisory Committee, Ms. Ndibi Schwiers said the meeting marks the formal conclusion of the process to develop the GSDS: Vision 2040, which is scheduled to be launched in September.

The Advisory Committee comprises senior representatives from several Government and Private Sector entities who serve as chairs and co-chairs of each of the seven thematic expert groups of the GSDS.  The meetings have been held since 2018 with the overall objective of guiding and providing institutional support for the elaboration of the Guyana Government’s commitment to the GSDS Vision: 2040, which was mandated by President David Granger.

The Committee used the framework of the GSDS in 2017 as a term of reference to develop the GSDS: Vision 2040.

“We were cognisant of ensuring that developing the Green State Development Strategy, that it was a document developed by Guyanese.  This document was not developed easily; it required the effort, time and energy of you [the stakeholder] and provide for the development of people and the improvement of the environment and moving forward we want to ensure that our M&E [Monitoring and Evaluation] framework is aligned with Budget 2020,” Ms. Schwiers said.

Co-Chair of the GSDS Advisory Committee and Director of the Office of the Budget, Ministry of Finance, Ms. Sonya Roopnauth said although the meeting serves as an end of the first phase, there is still work to be done to implement the strategy.

Ms. Roopnauth then thanked the members of the committee, noting that their contributions were essential to the development and advancement of the GSDS.

Meanwhile, UNEP’s Environment Director – Latin America and the Caribbean, Mr. Leo Heileman said Guyana now needs to market the GSDS which is an evolution to the development process, as it is adapted to the national situation to enable greater collaboration and partnership.  He also urged that the financial aspect of the country be aligned with this strategy to advance Guyana’s development further into the 21st Century.

“I think that this is a beacon of light for the Caribbean community.  What you have here brings the country in a clear direction and it is a remarkable achievement which will ensure the best use of its resources. For us, this is a fundamental document that gives the policy direction other countries not only in the Caribbean, will look into this as a visionary approach… I have had feedback from some countries who have heard a bit about this and there is interest about what is happening in Guyana.  They see this a sort of a pivotal moment in the Caribbean; they see this as something that they need to consider and learn from,” he said.

Additionally, United Nations Development Programme (UNDP) Senior Strategic Advisor – Regional Bureau for Latin America and the Caribbean (RBLAC), Mr. Luca Renda congratulated the Government of Guyana on the development of the GSDS noting that the United Nations will continue to work with Guyana.  Mr. Renda said the document is a remarkable one with an important narrative for Guyana and that the link between the strategy and the United Nations Sustainable Development Goals (UNSDG) is a fundamental one.  He, therefore, urged that awareness be raised in the international community about the GSDS.

Director of the Department of Environment, Ministry of the Presidency, Ms. Ndibi Schwiers (center), United Nations Environment Programme’s Director, Latin America and the Caribbean, Mr. Leo Heileman (third right), Chairman of the Private Sector Commission, Mr. Ramesh Dookoo (first left), Director of the Office of the Budget, Ministry of Finance, Ms Sonya Roopnauth (first right) along with other members of the Advisory Committee Meeting on the GSDS: Vision 2040 this morning

Further, Chairman of the Private Sector Commission, Mr. Ramesh Dookhoo who also applauded the completion of the GSDS, said the PSC’s involvement stemmed from a business summit which coincided with the thematic groups of the GSDS advisory committee.  “The Commission had accused the Government of Guyana of not implementing any economic policies that accusation, in my view, can no longer be made.  This document has developed to a state where it is an economic plan and we want to congratulate the authors,” he said.

The GSDS: Vision 2040 is set out to be a living example of Guyana’s commitment to the planet while ensuring the sustainable growth and economic well-being of its population. It will guide Guyana’s national development policies for the next 20 years. The Department of Environment is currently working on the third component of the GSDS the Monitoring and Evaluation Framework.  The GSDS is scheduled to be launched in September 2019.

The meeting was held at Cara Lodge. 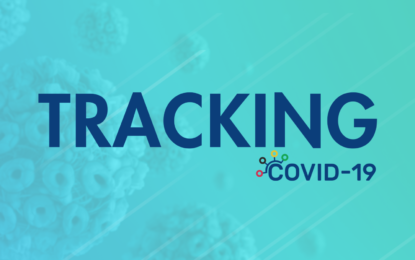 Curbing violence against men amid COVID-19 and beyond