The Doobay Medical and Research Centre hosted its first successful ‘Executive Clinic’ at the centre’s location at Annadale on the East Coast Demerara (ECD) on Saturday.

The clinic targetted interested members of the public, clinic personnel but more specifically, executives of business within the Georgetown and East Coast area. 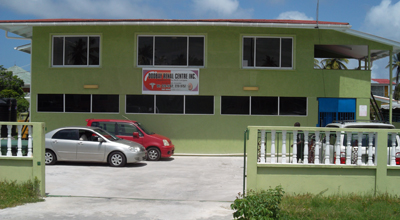 To facilitate the exercise, the centre brought in World Leading Vascular Specialist Dr. Sonia Anand. Dr. Anand, a Professor of Medicine and Epidemiology at the McMaster University in Canada speaking with the Department of Public Information (DPI) said the exercise aimed to provide high level medical consultation to senior business, government and other national leaders.

She added that, “We presented some of the research information on risk factors for vascular disease and after that we had all the participants in the event have a risk factor screening clinic, where we measured blood pressure, we checked blood sugar in some people, we measured the waist and hip circumference and in the end we gave each person a risk score for cardiovascular disease; so that would be their risk of future minor cardinal infection and heart attack.”

Dr. Anand also explained that though this is the first of its kind, the medical centre will be reassessing these proceedings and return more prepared and equipped for future activities.

“It’s the first time we’ve done it so we’ll see, we’ll reassess after and also gauge what the interest is but it was a good kick off for us because we are going to begin a screening and treating risk factor programme here at the Doobay Medical clinic. So we were able to test a number of procedures that we might be doing on a more regular basis.”

The Executive Clinic concept was the brain-child of Dr. Buhendra Doobay, Director of the Medical Centre who saw it as a way of combatting heart disease and stroke among the executive population in the country.

“…recognizing that people who have risk factors for vascular diseases, (they) sometimes are not aware of it so high blood pressure for example is called the silent killer …yet we know that high blood pressure and diabetes in Guyana are very common and if we can screen early and treat early, we can prevent things like heart attacks and strokes so the concept was to bring people together, teach about these risk factors and then have every person have their own risk factors measured that’s increasing awareness.” Dr. Sonia Anand explained.

The Doobay Medical and Research Centre is known for providing affordable dialysis to patients with renal failure since 2011. The centre has expanded its operations to cater to more than 100 patients in addition to expanding the range of other services provided