Draft cybercrime legislation ready to be presented to Cabinet

The cybercrime draft legislation is ready for presentation to Cabinet now that consultations and adjustments on the bill have been completed.

Attorney General Basil Williams noted that he will make a special appeal to Cabinet for the legislation to be sent to a select committee when it is presented in Parliament. Once the draft legislation is cleared by Cabinet, it will be laid in Parliament.

Government has recognised the need for cybercrime legislation in face of the growth of Information Communication Technology (ICT).

The draft bill was initially presented to stakeholders at a consultation session held in March. Williams said that the bill has undergone changes following the consultation.   “As a result of that consultation, we had to make several adjustments to the draft bill,” explained Williams. 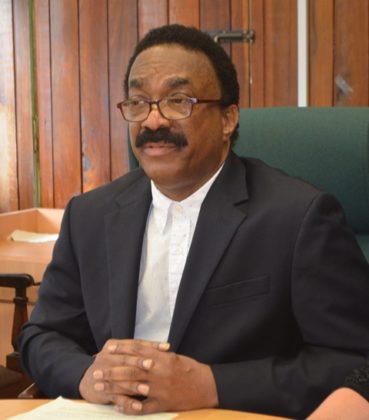 Meanwhile, the Guyana Police Force has been preparing its ranks to effectively address this kind of crime with a series of training. An Assistant Superintendent and a Sergeant attended a just concluded Interpol-sponsored cybercrime training session in the Dominican Republic.

The Ministry of Legal Affairs has also been exposing its staff to cybercrime training, and the Director of Public Prosecution and Justice of Appeal attended such seminars in Brazil, Williams pointed out.