Commuters traversing the Kurupukari crossing to access other communities will soon travel with ease, as rehabilitation works are being carried out on the main bridges. 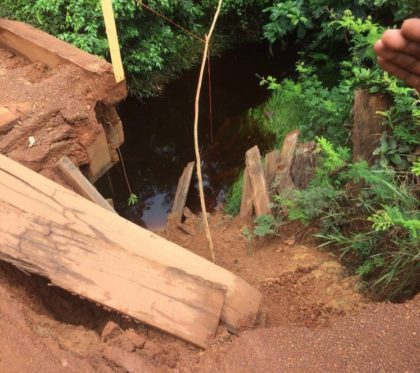 The Ministry of Public Infrastructure is repairing the number two and four approach bridges to the Kurupukari crossing located along the Essequibo River, near the Iwokrama River lodge.

The Ministry’s Chief Roads and Bridges Officer, Ron Rahaman told the Government Information Agency (GINA) that the two structures were damaged and impassable.

The number two bridge had a “wash away” on the entrance leading to the structure, Rahaman explained. He said that the Ministry, having foreseen the inconvenience that would be caused by the wash away, immediately started emergency works.  The project was awarded to J.R Ranch Incorporated to the tune of $2.8M, and to date, the work is 20 percent completed.

Due to poor quality of construction, dry weather and lack of maintenance, the number four bridge was severely damaged and encountered a substructure failure, nevertheless the contractors are working assiduously to correct it, Rahaman explained.

This number four bridge project is being carried out by Cyril King Construction for $14.3M and is 50 percent completed.

Rahaman pointed out to GINA that the repaired bridges will significantly benefit commuters and especially large trucks carrying lumber through the trail. Prior to the repairs, the loaded trucks would usually park and wait until the bridge seems secure enough to traverse.

The repairs are funded through the Ministry of Public Infrastructure’s budget under Emergency Works. In the 2016 National Budget, it is stated that greater initiatives will be taken this year with regard to hinterland roads, airstrips, and bridges.

A total sum of $293M was allocated for rehabilitation/repairs to bridges under both the current and capital programmes. 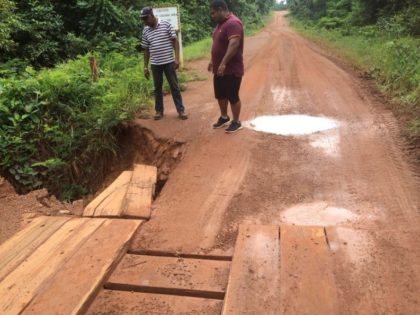 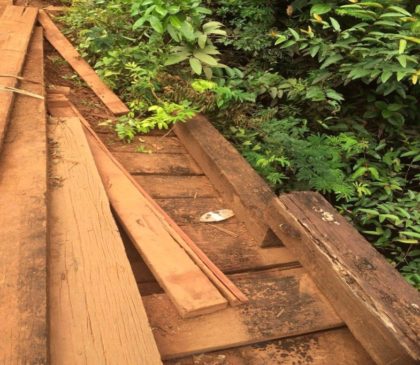 Photo of curb separated from bridge 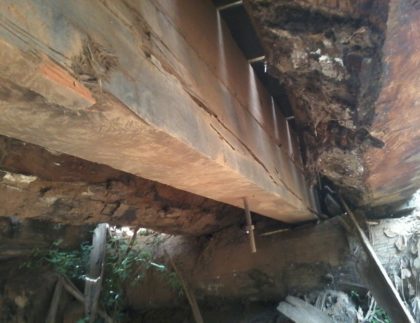