Education and Human Resource Development Strategy for the region, the focus of the 37th COHSOD meeting

Education ministers from the Caribbean Community (CARICOM) are currently in Guyana for the 37th meeting of the Council for Human and Social Development (COHSOD). 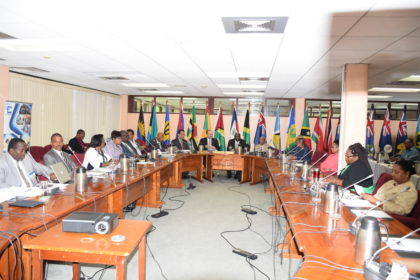 The one-day conference will see the education officials finalising a strategy to transform education and human resource development in the region, before presenting the document to the Heads of Government of CARICOM in July, for deliberation and approval.

The final deliberation on the document began this morning in the Conference Room of the CARICOM Secretariat Headquarters, Turkeyen, Georgetown.

Speaking at the opening of the conference, Chairman of COSHOD, Education Minister of St Vincent and the Grenadines, St Clair Prince said that for CARICOM nations to attain its global position in the ranks, there are many conditions that must be met and the region’s investment in human development is a most critical issue.

The CARICOM states featured well in the 2016 United Nations Human Development 2016 report, which is a global report on the development of the options, opportunities and access to public services and goods, including education and training.

Chairman of COHSOD and Minister of Education of St. Vincent and the Grenadines, St. Clair Prince addressing the 37th Meeting of the Council for Human and Social Development (COHSOD) in Guyana.

Minister Prince said that if the region recognise its global positioning and recognise its potential, then it needs to go forward and to deal with the issues that must be dealt with in order to transform its education system and at the same time transform its societies.

“We know what we can do. We have our Usain Bolts. We have our Lara. We have Derrick Walcott and company. So we know we have confidence, we have self-esteem. We need now to get down to work and to put forward the issues that we need to put forward and to ensure that there is buy-in by the powers that be within these systems,” the minister said.

In his address Chancellor of the University of Guyana (UG), Professor Nigel Harris, also emphasised the need to get the buy-in, enthusiasm, financial resources and the sustained interest of the many countries involved in the process.

The professor said that one of the unfortunate features of the region is that, as governments change so does the region’s agenda.

Professor Harris emphasised as well, the need to reach the many underserved communities, which account for many of the adverse outcomes that the strategic plan seeks to address.

The professor noted that while there is need to transform the region’s education systems,  there are many who have, and are emerging from 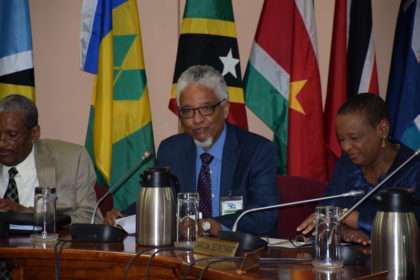 Chancellor of the University of Guyana (UG,) Professor E. Nigel Harris addressing the 37th Meeting of the Council for Human and Social Development (COHSOD) in Guyana

the system as it exists today, who go on and do remarkably well within the region and other parts of the world.

“On the other hand, children in circumstance without stable family support, without financial resources, without appropriate role models in their communities, will flounder no matter how well the education system available,” Professor Harris noted.

The professor said that in rolling out the plan, governments need to mobilise the interest and enthusiasm of the deprived communities, which lack the family support, the economic and other factors necessary for the full intellectual and emotional growth of their young people.

Meanwhile, CARICOM Secretary General, Ambassador Irwin LaRocque, explained that at the Twenty-fifth Inter-sessional Meeting of the Conference of Heads of Government in March 2014, a special session was devoted to addressing issues relating to human resource development. 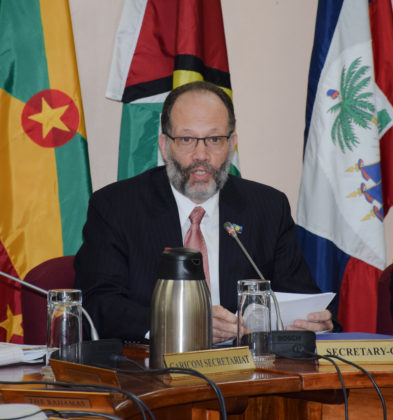 Coming out of that meeting, LaRocque said that the Heads of Government recognised that while significant progress was made in education in the region since the period of independence, it also recognised the shortcomings and wastage in the system. The CARICOM Heads therefore began a process to transform education and human resource development in the region, LaRocque said.

The Leaders mandated COHSOD to establish a commission to prepare a human resource strategy to address the requirements of the twenty-first century economy and society.

LaRocque explained that the concept of “the ideal Caribbean Citizen” as articulated by the Heads of Government, served as a reference point and guide, for the work of the Commission.

The strategy 2030 along with its action plan aims to serve as a roadmap for the CARICOM regional education agenda.

It addresses a range of hot button issues with proposals for action such as male participation in education, the skills required for twenty first century demands, the use of technology within the learning environment and capitalising on the region’s inherent creative skills to ensure that it becomes a medium for personal and regional development. 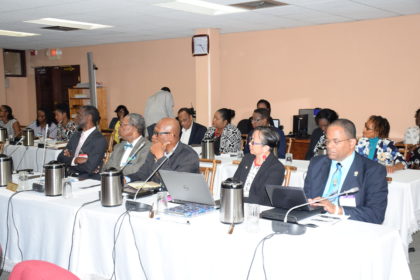 Education Ministers and officials from Caribbean Community (CARICOM) Member States at the 37th Meeting of the Council for Human and Social Development (COHSOD) in Guyana.