Education sector to get new cadre of leaders

(February 25, 2019) – Fifty teachers have been enrolled into the Ministry of Education’s Cadet Officers Training programme with an orientation exercise which began today that is scheduled to last all week.

Following this week’s orientation exercise, the 50 teachers will then undergo an 18-month training programme and upon completion, they will be assigned to one of the 11 education districts as an Education Officer.

According to the Deputy Chief Education Officer (Administration), Ms. Ingrid Trotman, the 50 teachers were chosen out of 128 applicants. She said that 40 were successful at their interviews and the additional 10 are persons already in the system attached to the Special Education Needs Unit at the National Centre for Education Resource Development (NCERD) that have been working in the regions. 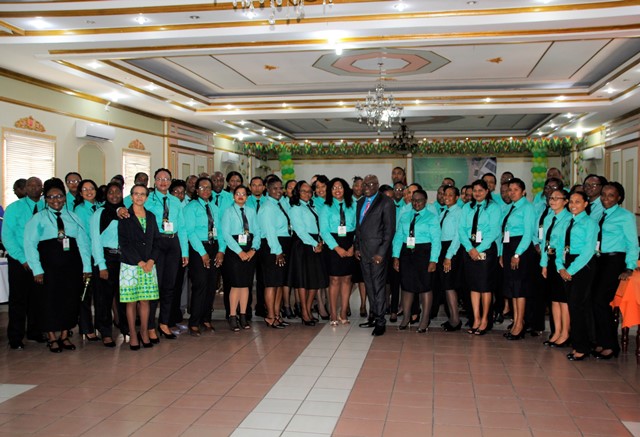 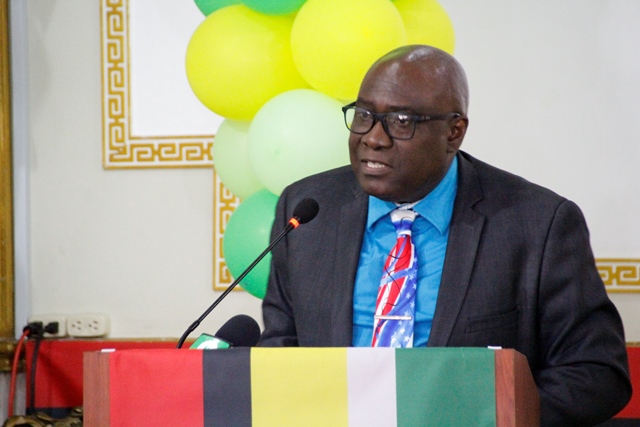 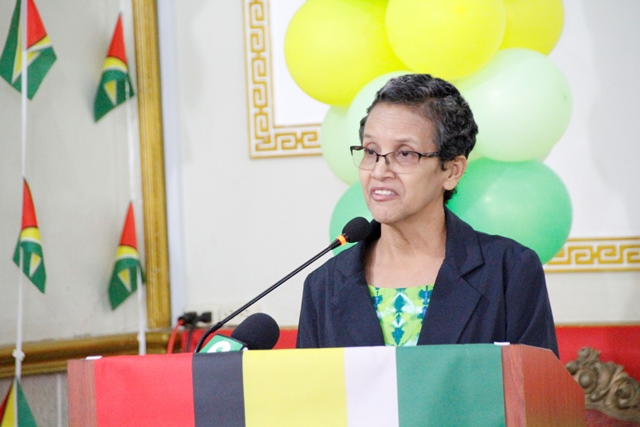 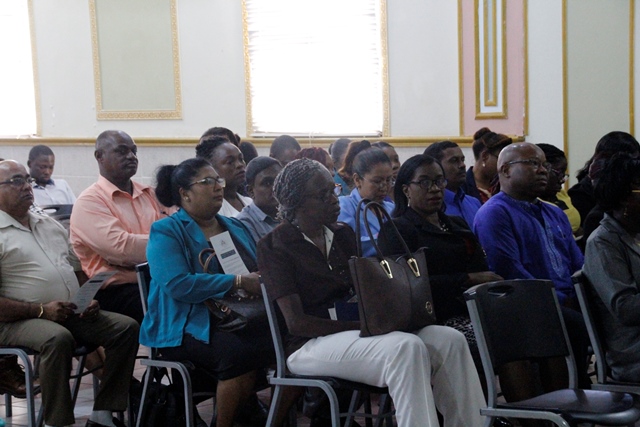 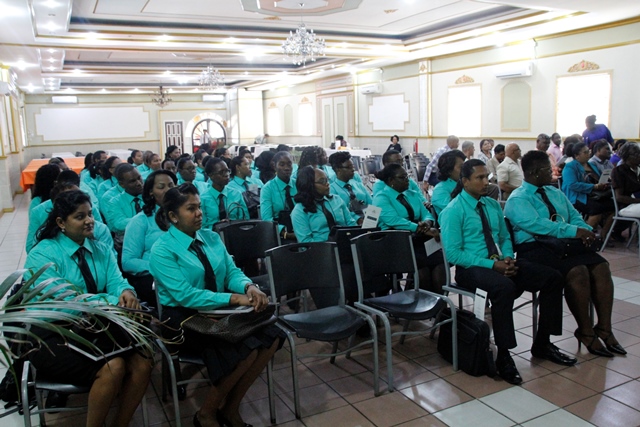 Ms. Trotman said that within the 2019 batch, there are cadets from all 11 education districts. She said that during the 18-month programme, the cadets will be attached at the various departments of the Ministry of Education.

Delivering the feature address to the new Cadet Officers was the Chief Education Officer, Mr. Marcel Hutson, who had also benefitted from the Cadet Officers Training programme.

The CEO told the officers that the programme is noted for producing officers with standard and quality. He remarked, “We must take pride in our duties and our responsibilities. This programme has been strategically designed to help you understand the workings of the education system.”

He added that during the course of the programme, the officers will recognise that there are some distinct differences that need to be addressed in schools on the coast and the hinterland.

The CEO urged the cadets to bring a new level of thinking that will influence change. “There is a gap in performance and we must bridge that gap, and you must bring your talents and skills to bridge that gap,” Mr. Hutson encouraged.

Further, he told the cadet officers that they should consider it an honour that they were chosen to be part of the programme to impact the lives of people. He said, “See yourself as agents of change…it is incumbent on you to use your talents and abilities not for your personal praise but for the advancement and betterment of others.”

The cadets were advised by the Chief Education Officer that during their training, they should embrace two main ‘watchwords’, and those are literacy and leadership. He also encouraged them to preserve their integrity and that at the end of the training, they should use the knowledge acquired to make a difference.

Meanwhile, giving the new cadet officers advice on what to expect during the training period was Education Officer (Georgetown), Mr. Sherwyn Blackman who delivered words of reflection as he focused on his experience as a cadet.

He told the cadets that their experience will be one to remember as they will be exposed to greater detail of how the Education sector operates and will be given the opportunity to visit the various education departments particularly in the hinterland where they will be involved in special projects.

Assistant Chief Education Officers (Nursery), Ms. Samantha Williams who is also a product of the Cadet Officers Training, said that the best minds were chosen to lead and guide after the current Education Officers leave the sector. She told the cadets that it is an opportunity for them to extend their legacy and to contribute to a greater good to impacting and shaping the Education Ministry’s trajectory.