Mayor Gifford Marshall envisages a future for Bartica as a model green town replete with electric bicycles and cars.

This was disclosed today at a capacity building workshop for local government bodies at the Cara Lodge. Marshall said that during discussions with the finance chairman of the municipality he stated that “by September of this year, we need our first batch of electric bicycles within the township of Bartica. We spoke to some businessmen and they will import it and we have to find a way to pay for it and we have to start leading the charge.” 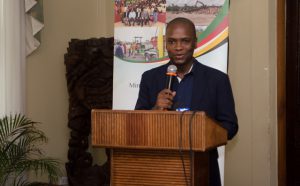 “Before the year ends or maybe early in the new year, we will also ensure that we model the right types of vehicles and that is electric or hybrid cars,” he continued.

The mayor said that while it may seem impossible, he believes that with the help of the Ministry of Communities and the Office of Climate Change the vision can be achieved. He added that the US$650,000 ‘green’ project which was recently launched in Bartica will lay the foundation for the development and rapid progress of the town.

Marshall stated that the development of Bartica needs to be fast-tracked in the next two years so that the towns of Lethem and Mabaruma can follow its example. With such major developments slated for Bartica, Marshall is of the view that by 2020, it will not only be a green model town for Guyana but for the rest of the world.