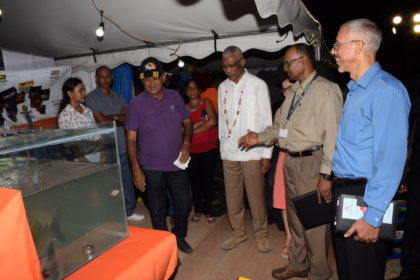 Minister of Business, Dominic Gaskin, in his remarks at the opening ceremony expressed happiness that the ECC coordinated the Expo. He said that the county of Essequibo has “great potential in attracting business to the region that will benefit the country as a whole”. He pointed out that the government will continue to support the agriculture sector and look for ways to improve the value-added Sector.

Speaking directly to exhibitors, manufacturers and producers of raw material and products Gaskin said that the, “Ministry of Business means Business”. He highlighted that the Small Business Bureau (SBB), Guyana Office for Investment (GO-INVEST) and the Guyana National Bureau of Standards (GNBS) were present at the Expo to offer assistance in the start- up of a business, improvement of a business, and financing that can be accessed among services.

The Ministry of Business (MOB) and the government will continue to create and support both the private and the public sectors, Gaskin said. He explained that the MOB is working towards improving the National Expo, even as they (MOB) and the relevant authorities are receiving assistance from the Caribbean Exhibition Agency (CEA) to help build linkages between the Public Sector, Private Sector and Central Government.

Minister Gaskin highlighted that, “Guyana importation bill is US$140M each year”, and that citizens need to start consuming more locally produced items which will benefit the business and the country. Noting that he is aware of the “collapse of the Venezuelan market in the rice sector for Region Two,” Gaskin said that Guyana needs to find new markets and seek to add value to the rice in the way of value added products to improve and expand the market.

The Essequibo Chamber of Commerce President (ECC), Deleep Singh expressed pleasure that the Essequibo Expo has been launched and is successful. Reiterating the theme “Essequibo means Business”, Singh said that the Chamber is working on creating a better business environment which will “create well-paid jobs in the various sectors”.

The ECC which was resuscitated about a year ago, Singh explained that  for the ECC, the exhibitors and the people of the Essequibo

Persons in attendance at the launch of the Expo, which includes His Excellency, President David Granger, Minister of Social Protection, Amna Ally and Minister of Business, Dominic Gaskin

partnerships are important .He emphasised that Public and Private Sector Partnerships are very important for the Region to develop. He noted that no one sector “can do the work alone”, there needs to be more collaboration between the two sectors.

Singh gave President David Granger his commitment, to his office with all stakeholders, especially Central Government, to develop Region Two and pointed out that  the plans which will be undertaken in future will be in keeping with the President’s Green Economy.

Regional Executive Officer (REO), RegionTwo. Rupert Hopkinson in his remarks said that the Expo is in keeping with the “Good Life “that is promised to all Guyanese.  He said that such a simple Expo will bring economic benefit to the region.

Hopkinson pointed out that “once good leadership exists nothing can stop development. The REO pledged his commitment to the President for the Region and for the country’s development.

Region Two Regional Chairman, Devanand Ramdatt in brief remarks mirrored the sentiments of the ECC president, noting that private and public partnerships are very important to the development of the region. He added that without the two sectors working along with each other for a common goal, development cannot take place.

Additionally, some of the exhibitors spoke with the e Government Information Agency (GINA), at the Expo including the Guyana Geology and Mines (GGMC), Beatrice Roberts-Austin, Social Information Officer, said the GGMC was present at the Expo to bring awareness on all the aspects of the mining sector. She noted that the mining sector is a business; however the GGMC can provide assistance so that all the correct procedures can be followed and most importantly the environment is protected.

Businesswoman and owner of Anita Sankar Crafts, Anita Sankar, who displayed beautifully crafted Indigenous products including bags, hats, and souvenirs , said that she is hoping that the Expo will increase business for her after its conclusion.

Barakat Timbers Limited, had on display exquisitely crafted doors and kitchen cabinets. Director, Imtiaz Barakat said that this aspect of their business is relatively new. However, he noted that the unique aspect of the business is that all the wood that passes though the company is used, “nothing is wasted and we are environmentally friendly.” 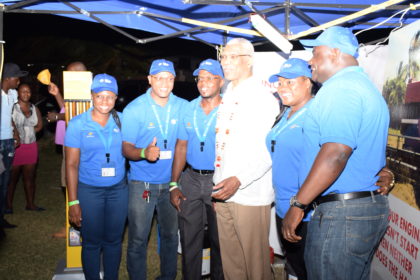 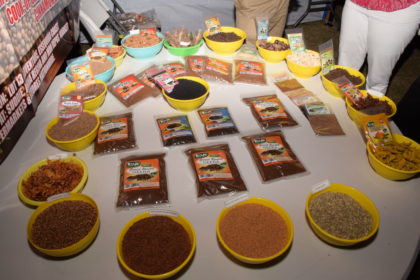 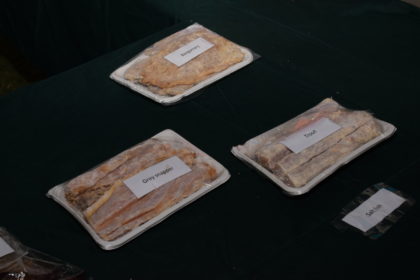 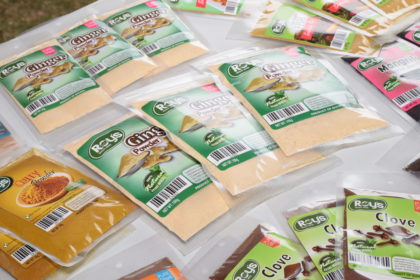 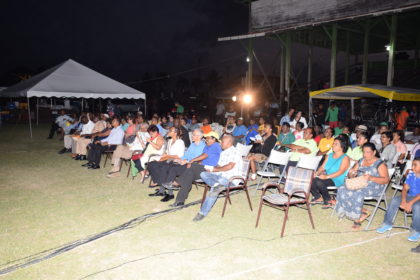 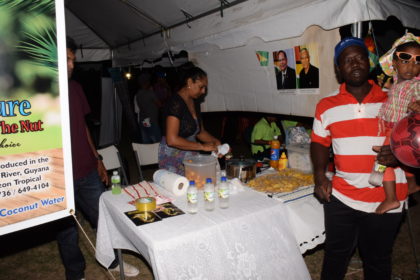