First Lady, Mrs. Sandra Granger, today, met with   representatives of Gilead Sciences Incorporated to exchange ideas and set priorities for the ‘Every Caribbean Woman-Every Caribbean Child’ (ECWECC) Initiative and other social programmes aimed at enhancing the lives of women, children and adolescents. The meeting was held in the Conference Room at State House.

Gilead Sciences Incorporated is a research-based biopharmaceutical company that develops and commercialises innovative medicines to address unmet medical needs of persons living with life-threatening diseases globally. The ECWECC Initiative, which focuses on issues such as teenage pregnancy, violence women and children, including trafficking in persons; cervical cancer and mother to child transmission of HIV in the Caribbean, is a programme which falls under the aegis of the Forum of the Caribbean Community (CARICOM) First Ladies and Spouses of Heads of Government.

In her remarks, the First Lady said that while reducing the rate of transmission of HIV/AIDS is among Guyana’s health priorities, the country has taken a much more holistic approach on this issue and is focusing on the community development.

“The important thing is building capacity and if we can get that … There are not enough persons, particularly the women in the communities, who will be driven and so I see the spin-off as a stronger, more vibrant, cohesive communities because the women will be vested in that and so when I’m thinking about training peer counsellors for our teenage mother,” she said.

Mrs. Granger also praised the work undertaken by the Ministry of Public Health, particularly through its 29 Adolescent Friendly Centres, which have been established across several regions, and Community Care and support groups. She also noted the successes of the programmes conducted by non-governmental organisation Women Across Differences (WAD), particularly their peer counselling programmes.

In speaking about the achievements to date Mr. Barry Featherman, Senior Director, Government Affairs, GILEAD Sciences Incorporated commended the work being undertaken in Guyana. “I think the initiative that the First Lady has spearheaded with the other First Ladies of the Region is really instrumental in facilitating a greater understanding of the challenges that women and children face in the Region and also galvanising all sectors of society so that there could be a holistic approach to resolving the challenges of both disease as well as educational opportunities for all in the Region,” he said.

Mr. Featherman also said that he is looking forward to further collaboration with the First Lady, the Government of Guyana, the private sector, NGOs and other groups “to work towards common objectives and those objectives are obviously about reducing disease burden, of reducing the burden of sexually transmitted diseases and providing a safe environment for women and children to grow and prosper here in Guyana and throughout the Caribbean”. 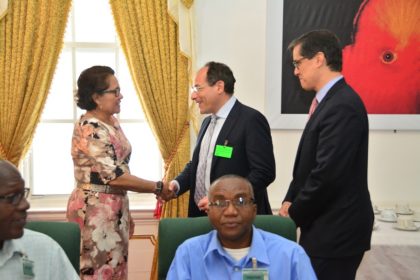 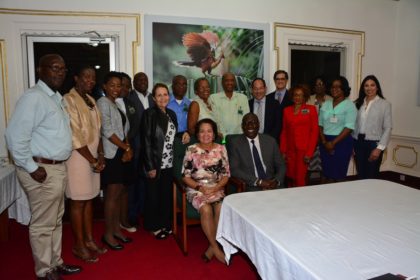 First Lady, Mrs. Sandra Granger and Mr. Clifford Samuel, Senior Vice President, Gilead Sciences Incorporated (pictured seated) along with the participants of the meeting, which was held in the Conference Room at State House 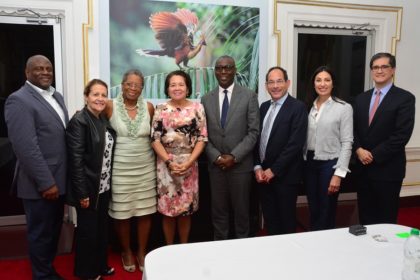 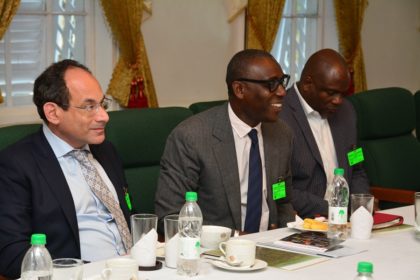