Flood-affected residents of Region Five were given additional relief when two new pumps were installed to address the flooding in the communities. 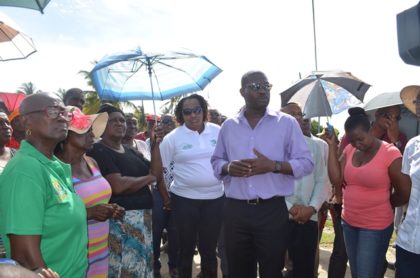 Minister of Public Infrastructure, David Patterson along with Minister within the Ministry, Annette Ferguson listening to Region Five residents’ concerns

Minister Patterson explained that one of the primary objectives is to ensure better or continuous maintenance, “since the sluice and pump at Trafalgar which drained the area needed to be maintained better,” to remove excess water from the land.  The minister noted that, “what I noticed is that there was a lot of water in the area. We have to do a few things better going forward.”

The two new pumps will be working continuously along with a pontoon and an excavator, and  the pumps have enough fuel, Minister Patterson said. 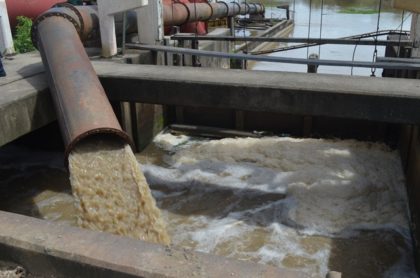 These are only temporary measures and a reliable long-term measure will implemented. “I will be following-up with the Ministry of Agriculture and National Drainage and Irrigation Authority (NDIA) to have two permanent pumps to operate in the area,” Minister Patterson said.

The Minister commended the residents for their understanding and patience. “It’s unfortunate that they had to attract us through protest. That is another area we as a government have to improve so that our citizens shouldn’t have to protest to get our attention.” The water has since receded from the communities.

Minister Patterson’s visit comes in wake of another visit yesterday by three Government Ministers who were on an outreach to several areas in Region Five. Minister of Public Security, Khemraj Ramjattan, Minister of Citizenship, Winston Felix and Minister in the Ministry of Public Health, Dr. Karen Cummings visited Union, Golden Grove, Number 30 and the Trafalgar pump station. They engaged residents of the villages and a team from the Ministry of Public Health distributed cleaning agents and bed nets to residents.

Following the on-the-ground inspections, the government and technical teams met with the Regional Administration and other stakeholders at the Regional Democratic Council’s Boardroom, and discussed areas of intervention for the flood affected communities. 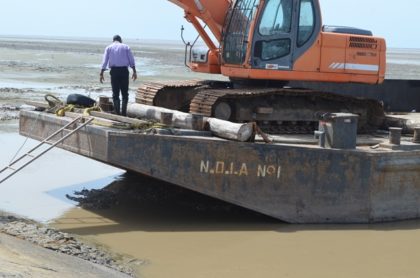