Vice President and Minister of Foreign Affairs, the Honourable Carl B. Greenidge on Friday delivered a keynote address at the Berlin Economic Forum 2019 held by the Institute for Cultural Diplomacy (ICD) in Berlin, Germany.

In his remarks, the Foreign Minister emphasized Guyana’s unique identity as a South American and Caribbean nation and the role it played both regionally and internationally.

He gave a brief overview of Guyana’s history and the challenges it faced on its path to development, including those posed to its territorial sovereignty by Venezuela. 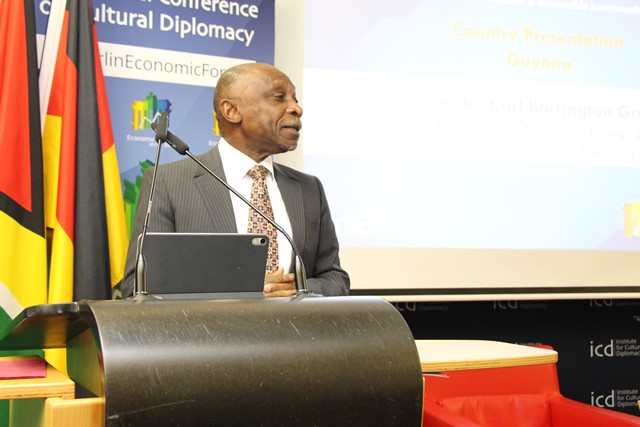 Vice President and Minister of Foreign Affairs, the Honourable Carl Greenidge delivers a keynote address at the Berlin Economic Forum. 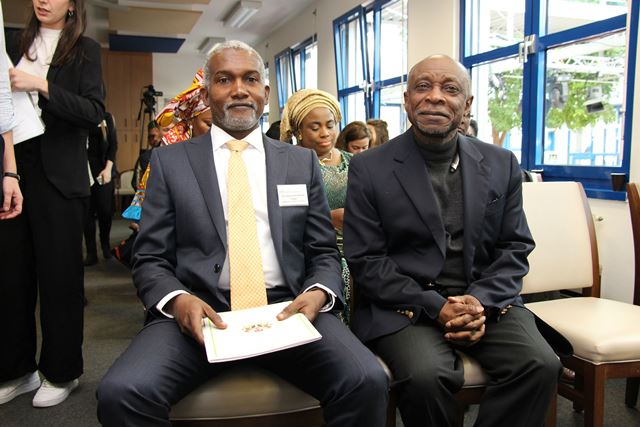 The Foreign Minister and Ambassador of Nigeria to Germany, His Excellency Yusuf Maitama Tuggar. 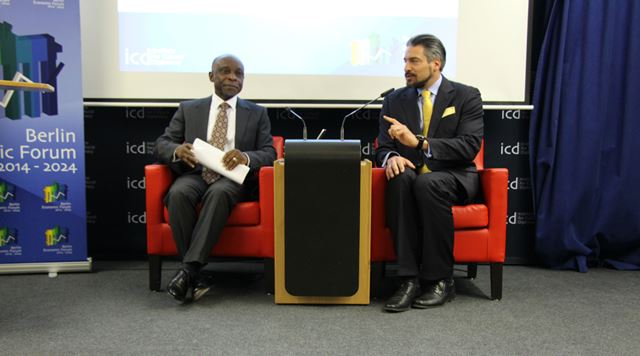 “One of the biggest challenges the Ministry of Foreign Affairs has is ensuring that our territorial integrity remains intact,” the Foreign Minister explained. He further noted that Guyana had taken the matter to the International Court of Justice (ICJ).

Pointing to upcoming plans to begin drilling for oil in 2020, Minister Greenidge said Guyana was set to initially produce over 120, 000 barrels of oil per day, a figure that was estimated to increase exponentially in upcoming years.

“On a per capita basis, it would leave Guyana pretty close to Qatar; the volume of oil divided by the number of persons. It is a massive amount of oil that is involved here,” the Foreign Minister remarked.

“Guyana is especially proud of the achievements of its people; its sons and daughters,” Minister Greenidge said before naming celebrated Guyanese such as Eddie Grant, Leona Lewis, Sir Shridath Ramphal, and Dennis Williams, among others.

Following the Minister’s address, he fielded questions from the audience on the Guyana-Venezuela controversy, the migration of Venezuelan refugees, and diaspora engagement, among others.

The Berlin Economic Forum which was held under the theme “Sustainable Business and Responsible Investments, sought to foster conversations on nation branding with an in-depth role at the role sustainable business, tourism and responsible foreign investments in economic growth.

Among the participants were members of the diplomatic corps accredited to Germany, heads of tourism agencies, post-graduate students from the Academy for Cultural Diplomacy, among other special invitees.