Foreign Secretary Carl Greenidge has not been fired.

In some recent online posts, persons have speculated about the matter.

However, Director-General of the Ministry of the Presidency, Joseph Harmon, sought to clear up the matter during a media briefing on Thursday afternoon, by categorically stating that Foreign Secretary Greenidge was not terminated, 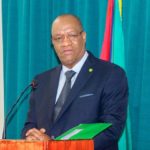 Director-General of the Ministry of the Presidency, Joseph Harmon 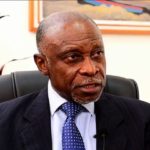 “What has happened was after the election, the president has to make a determination as to what his cabinet would look like and who will be his ministers,” Harmon stated, explaining further that it was merely routine.

“It is a procedural matter after an election to bring to an end the engagement of all of those persons; be it advisors or be it a minister,” DG Harmon stated.

He said after such an exchange, persons were then invited to meet with His Excellency to submit their proposal and for open discussions.

The Director-General noted that letters were already dispatched to some persons however, the situation following the elections caused some delays.

“With the recount of Region four,  the President was unable to complete sending off letters to all the persons,” Harmon said.  Adding that there is no attempt to single out those persons who have received letters thus far.