The Guyana Civil Aviation Authority (GCAA) today unveiled a plaque to commemorate its 50 years of membership with the International Civil Aviation Organization (ICAO). The unveiling was done at the GCAA Head Office, High Street, Kingston. 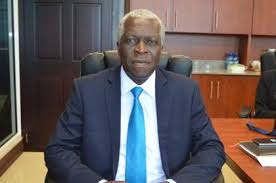 In May 1966, Guyana attained independence from Britain  and nine months later on February 3, 1967, the country applied for and received confirmation from the Government of the United States of America to become the 109th member of the International Civil Aviation Organisation.

Minister within the Ministry of Public Infrastructure, Annette Ferguson, in brief remarks, said that Guyana accepted ICAO’s “No Country left Behind” initiative that has strengthened the GCAA with qualified and experienced personnel in the areas of airworthiness, operations, finance and management.

Ferguson recalled that the 1900s had a series of aircraft hijacking that steered member states of ICAO, in December 1970, to sign the Convention for the Suppression of Unlawful Seizure of Aircraft.

“The following year, member states also signed the Convention for the Suppression of Unlawful Acts against the Safety of Civil Aviation,” the minister added.

Ferguson challenged the staff of GCAA  to, “improve aviation safety, strengthen regulatory capacity, increase air navigation capacity, reduce aviation security risk and lower impediments to air transport operations.” She called on staff to increase the use of aviation as a development tool, strengthen capacity development, aviation professional skills and the rule of law.

The minister encouraged the staff of GCAA to become serious and committed to the expansion of the aviation sector for the benefit of Guyana in the following fifty years.

Meanwhile, GCAA Director General, Lt. Col (Ret’d) Egbert Field, said that becoming a member of ICAO made Guyana obligated to comply with the standards and recommended practices established and set out in the Annexes to the International Civil Aviation Convention.

“There are 19 annexes in addition to guidance materials set out by ICAO,” Field explained. He noted that Guyana took a lengthy period to comply with the regulations given that Guyana took 30 years to implement primary aviation legislation.

Field said that the legislation was subsequently repealed and replaced by the Civil Aviation Act of 2000. He noted that the agency began complying to the aviation regulation in 2014 after an official visit from ICAO whose representative, “expressed their disappointment with GCAA’s failure to address the Corrective Action Plans (CAPs)”, stemming from their 2007 visit to Guyana.

The Director General pointed out that GCAA is now in full compliance with ICAO rules and regulations. He expressed the hope that the occasion would be used as a way to ensure that Guyana’s aviation sector becomes a vibrant beacon in the world of International Aviation.

Field plans to upgrade GCAA’s safety and security personnel through continuous training so the agency would become a model organisation being in the frontline of aviation knowledge.