The Guyana Early Childhood Education Project (GECEP) has proven that with improved teaching resources, training and monitoring, the performance of children at the early childhood stage can be improved.

This is according to GECEP Project Coordinator, Ms. Quenita Walrond-Lewis at the closing ceremony of the project held today at the Umana Yana. She said that the objective of the project was to improve emergent literacy and numeracy outcomes for children at the nursery level and primary grade one level in the hinterland and targeted remote riverine areas. The project which began in September 2015 was funded by a US$1.7M grant from the World Bank.

Following the implementation of the project, the results showed that the performance of the targeted children improved significantly in the areas of literacy and numeracy. They were brought on par with their counterparts on the coastland who were not exposed to the project.

She said that the project during its three-year period would have impacted 8,585 lives inclusive of educators, children, parents and primary caregivers.

Additionally, 526 nursery and Grade one teachers have benefited from improved teaching resources and training and over 200 primary caregivers and their families in regions one and seven have benefitted from education tailored for them.

Ms. Walrond-Lewis explained that the components would have been executed through two phases, the first which focused on literacy, the second on numeracy while the third phase focused on both literacy and numeracy and how to reach learners in a meaningful and impactful way.

She said that teachers were trained at the sub-regional level whereby they were provided with toolkits which contained learning materials to improve the quality of learning and education delivery at the early childhood level. In fact, since the hinterland and remote riverine areas were targeted, the kits were tailored to suit the cultural and geographic uniqueness of the communities. 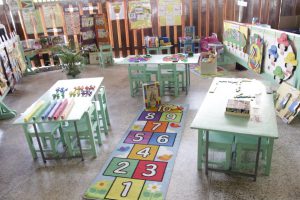 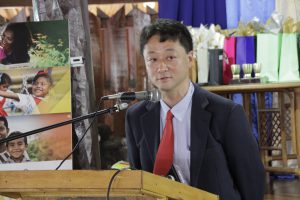 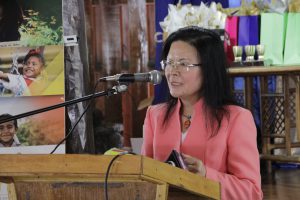 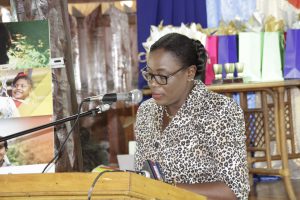 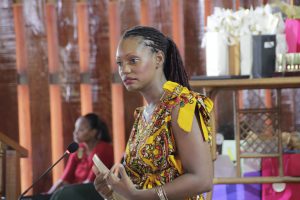 According to Ms. Walrond Lewis coming out of the project are 41 Master Trainers and 526 Early Childhood Education coach educators.

Touching on the issue of quality education for all was Minister of Education, Hon. Nicolette Henry who said that achieving quality educational programming for all our nation’s children brings Guyana in line with the core directives of the United Nations’ Sustainable Development Goal number four.

She said that this UN SDG espouses the fact that education is a fundamental human right and is indispensable for the achievement of sustainable development.

“The Government of Guyana recognises the importance of achieving inclusive and quality education for all and understands that education is one of the most powerful and proven vehicles for sustainable development”, Minister Henry noted.

Further, the Education Minister highlighted that the economic and social benefits of education are exponentially increased the earlier a country and its people invests in education.

Minister Henry added that, “What that means is, heavy investment in quality early childhood education pays the most significant returns than investing in education at any other level.”

Providing additional details about the project, Minister Henry explained that it was no coincidence that the lion’s share of the grant fund was spent on building the capacity of the frontline workforce, “the dedicated and driven classroom teachers from the hinterland who still largely require formal training, but are committed to being coached while on the job.”

According to Minister Henry, the second largest tranche of funds was spent to supply quality teaching and learning materials that address the need for necessary tools for early childhood education.

Minister Henry said that her Ministry stands committed to sustaining the gains achieved through the Guyana Early Childhood Education Project as it begins to craft its sector plan for 2019 and beyond.

To ensure continued progress, Minister Henry said that additional Early Childhood Education resource toolkits have been purchased and will be delivered in the coming weeks to all nursery school in the coastland regions.

She added that there will be an increased allocation of personnel and resources for consistent and ongoing monitoring and mentoring of in-service educators to ensure good quality of education service delivery. These efforts will be supported by a deeper, more streamlined alignment with parents through community-based Parent Teachers Association and Parent Circles.

Meanwhile, Global Partnership for Education Representative, Mr. Daisuke Kanazawa said that the GPE has been co-funding the project and credits its success to the leadership of the Government of Guyana and the World Bank. He believes that the project has had a significant impact on children’s education in Guyana.

Also delivering remarks was World Bank Representative, Ms. Hongyu Yang who said that the team worked as one unit to ensure the proper implementation of the project. She said that it warmed her heart to see the toolkits being utilised along with workshop materials by the teachers and trainers to provide quality education to children.

Present at today’s significant occasion were the 41 Master Trainers, Her Excellency First Lady Sandra Granger, Representatives from GPE, the World Bank and Officers within the Education Ministry from the 11 Education Districts.