The Guyana Elections Commission (GECOM) today said that it is awaiting legal guidance before deciding on the commencement of a national recount of the votes cast in the March 2, 2020, General and Regional Elections.

While His Excellency President David Granger and opposition leader Bharrat Jagdeo have both signed an aide-memoire, committing to the process, GECOM, the only constitutional body that can execute any elections in Guyana, said it is examining the legal ramifications of any such action. 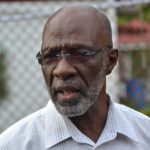 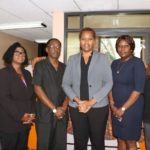 On Saturday, President Granger sought the assistance of the Caribbean Community (CARICOM) to overlook the recounting of ballots in all 10 administrative regions in the country.

The Head of State said the move by the independent unit, would put all doubts to rest about the validity of the results.

Through the intervention of CARICOM’s Chair and Prime Minister of Barbados Hon. Mia Amor Mottley, a five-member high-level team was dispatched to Guyana on Sunday to supervise the process which was expected to commence the following day.

Today, GECOM said it had received a copy of the Aide Memoire signed by the two leaders. However, “as a consequence, the Commission is currently examining the legal ramifications of this agreement in accordance with the Constitution of Guyana.”

It said while the Commission has considered the proposal and has implemented systems for the operationalisation of the exercise; as a safeguard mechanism, all the legal issues must be properly addressed including the gazetting of the process as requested by the high-level CARICOM delegation.

Once finalised, the counting would immediately commence, the statement noted.

GECOM Commissioner Vincent Alexander last evening said the elections body needed to ensure that whatever decision is made would not lead to any litigation after the completion of the recounting process.

“Since the leader of the opposition and the president are extra GECOM bodies they do not have the right on GECOM; then GECOM could not simply respond to an oral engagement with those parties. GECOM requested formal documentation so that it can show what they responded to when they took the action,”.

Moments after the recounting was scheduled to start today, commissioners were summoned to a meeting at the GECOM headquarters to iron out details of an order that was to be made by the commission to have the process started.

President Granger maintains that GECOM remains the only legitimate body that can set the conditions for a national recount and that his government will not interfere with the process.

Addressing the actual recount, Commissioner Alexander said the commission would be following a process that would allow for every ballot in every district to be keenly considered during the count. He noted that the exercise will determine the validity of the ballots including those that are spoiled and rejected.

The team will also have at their disposal the other elements of the process including the incidence book, which allow them to refer to all documents during the process.

“The goal of the exercise is to have a final count and the determination of the credibility of the count,” he stated.

The CARICOM team will be on-site all the time throughout the process once it is possible, they will work from 9:30 in the morning to 11:30 at night to expedite the process. The Count will start from 1 to ten.